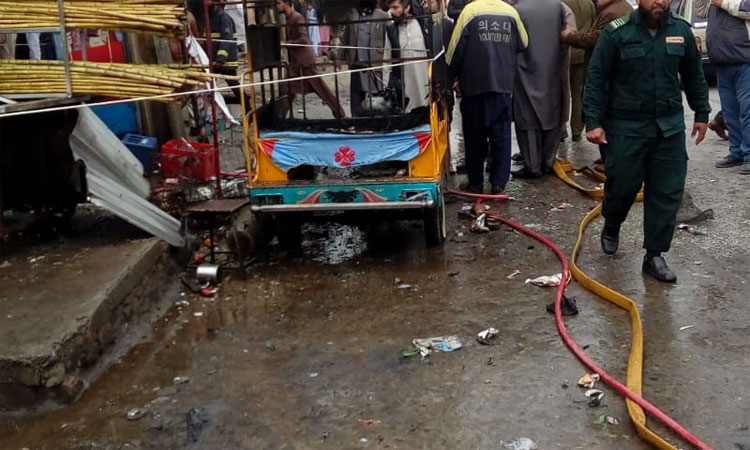 At least one person died and eight others got injured due to an explosion in a rickshaw at Pir Wadhai area on Friday.
Local police officials said the blast occurred in front of a grocery story and investigations were underway. They said terrorism can not be ruled out as a cause till the investigations conclude.

Rescue services reached the incident site soon after the blast was reported. The injured were shifted to a nearby medical facility for treatment. The hospital received nine injured, with one succumbing to his wounds soon after.
A heavy contingent of police, including the Bomb Disposal Squad, arrived at the spot after the incident was reported, CPO Rawalpindi Muhammad Ahsan Younis said.

Earlier this year, one person was killed and at least 15 people, including two children, sustained injuries when explosives attached to an electricity pole in Saddar Bazaar of Rawalpindi exploded. Security agencies later found evidence of Indian spy agency Research and Analysis Wing’s (RAW) involvement in the blast.

India’s involvement in terrorism is not very uncommon, in the past its spy agency RAW had been found involved in facilitating and sponsoring terrorist attacks in Pakistan.