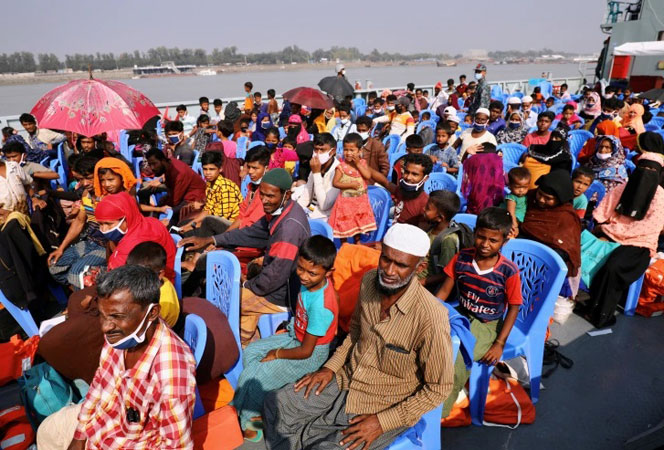 Bangladesh has started moving Rohingya families from a port near its border with Myanmar, to a remote island in the Bay of Bengal.

Some 1,600 refugees were relocated on Friday on naval vessels – despite complaints by human rights groups that they were being coerced.

Bhasan Char is a flood-prone island that emerged from the sea just 20 years ago.

But Bangladesh’s government says some Rohingya must be taken there to ease overcrowding in refugee camps.

Two Rohingya being relocated told Reuters their names appeared on lists compiled by government-appointed local leaders without their consent. While, an 18-year-old woman said her husband had put their names on the list thinking it was for food rations.

The Rohingya are a Muslim minority group which fled Myanmar for Bangladesh, following a military-led crackdown in 2017.

The UN has accused Myanmar of having genocidal intent, but the government there says its forces were targeting militants. There are now more than a million Rohingya living in crowded, squalid conditions in Bangladesh’s refugee camps, where they’re at risk of getting diseases.