* Chief Minister Punjab Sardar Usman Buzdar said the Lahoreiites will show a mirror to the PDM on December 13. 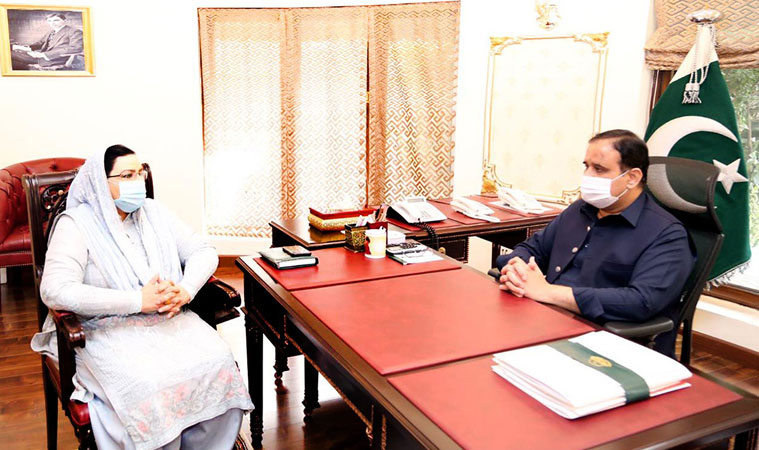 In a statement, he stated that holding meetings in the prevailing corona situation is enmity with the masses. Putting the lives of the people at stake is sheer impassiveness and stubbornness, he added. The opposition’s meetings will not bear any fruit nor the nation will forgive them, he stressed. The opposition will face defeat because the looters and plunderers have no value before PM Imran Khan. A transparent leadership like Imran Khan will move the country forward, he concluded.

The chief minister directed the SACM to dexterously project the government performance and public welfare projects. Similarly, the steps aimed at providing relief to the masses, as well as improving the governance standards, should be properly accentuated, he added. The incumbent PTI government has done what the past governments have failed to deliver in years. Similarly, the treacherous PDM narrative should also be vigorously countered, he further said.

The CM stated the one-man show has been done away with and the incumbent government is delivering to the masses as a team. The prices of flour and sugar have been stabilized due to the timely decisions made by the Punjab government. Punjab is the only province where 20-kg flour bags are available at a fixed rate and the sugar is also provided at Rs. 81 in sahulat bazaars, he added. No one will be allowed to make a dacoity on public rights as the government is striving to create ease for the people.

Usman Buzdar indicated the anti-Pakistan narrative of the opposition parties has been badly failed and the PDM is spreading corona through their meetings. Regrettably, the rejected elements have no pain for the masses, he deplored.

Firdous Ashiq Awan apprised the CM that a strategy has been devised to properly project the governmental performance adding that political orphans of the PDM will continue to face defeats. These elements are following the enemy’s agenda while the opposition parties have faced defeat at every front, she added. Regrettably, the cabal of opportunists has gone berserk in its lust for power, she added. The corrupt in PDM want to block the development process to hide their misdeeds and corruption but the opposition is inveigled in its political snare. The nation has full trust over PM Imran Khan and the 220 million people will not be deceived by certified looters, she added. Chief Minister Punjab Sardar Usman Buzdar has sought a report from IG Police about blast near Pir Wadhai bus stand in Rawalpindi and directed to bring the criminals under the grip of the law at the earliest. He further directed the administration to provide best treatment facilities to the injured.

Chief Minister Punjab Sardar Usman Buzdar has expressed a deep sense of sorrow over the death of former caretaker CM Punjab Mian Afzal Hayat. In a message, he extended sympathies to the bereaved family and prayed to Almighty Allah to rest the departed soul in eternal peace. The socio-political services of late Mian Afzal Hayat will be remembered till lately, he added.