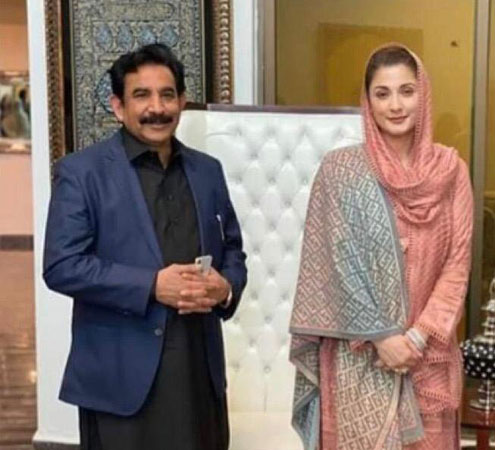 The hunt for land grabbers and influential Qabza Mafia goes unabated across Punjab as Punjab’s premier anti-corruption agency, the Anti-Corruption Establishment (ACE), Punjab booked PML-N leader and Ex- MPA from Lahore on a reference initiated by Deputy Commissioner Lahore here on Friday. In a statement issued from the office of the Spokesperson to ACE, it was stated that the DC, Lahore Mr. Mudasar Riaz had requested DG ACE to initiate criminal proceedings against Mr. Khokhar and his facilitators namely Iftikhar Ahmed the Patwari concerned and Raja Nadeem Ahmed,EX-RM-1 from the office of the Sub-registrar Allama Iqbal Town. In his detailed reference against those involved in this grand deception of registering illegal sale deeds and causing millions of rupees loss to national exchequer through evasion of property registration, mutation fee and multiple other taxes. , the Deputy Commissioner, Lahore pleaded to proceed against against all the delinquents at the earliest to recover state loss. While commenting on the matter, DG ACE, Gohar Nafees said that no one was above the law of the land and every single penny looted or evaded will be recovered from the accused. He said that raids were being conducted to arrest those nominated in FIR. Meanwhile, ACE Lahore region –A arrested an Excise Inspector Waheed Miyo for illegally and fraudulently registering Non Custom paid vehicles in a separate action. ACE, AD Investigation Aitazaz Munir Gondal said that he had unearthed the mega scam and took action after thorough investigation into the matter on the directions of DG, ACE. DG Gohar Nafees said that millions of rupees of the public exchequer were lost to illegal registration of such vehicles. He said the crackdown against corrupt elements will go on as there was zero tolerance policy against corruption of any kind by anyone.