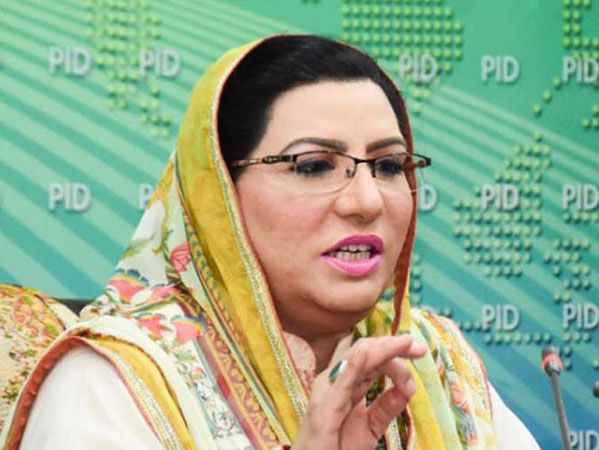 Special Assistant to Punjab CM on Information, Dr Firdous Ashiq Awan has said that resolving the problems of journalists is one of the priorities of the government and every effort will be made to fulfil this promise.

Holding a press conference here at Lahore Press Club on Friday, Dr Firdous said that welfare of journalists is an important part of the government’s policy and grant of Rs20 million for the journalists by the Punjab Chief Minister Usman Buzdar is a proof of it. She said that journalist colonies will be established in every division and the government will continue to take steps for welfare of the community.

She said that strategies are being worked out to address the challenges faced by the media and the government will soon clear all the outstanding dues of the media. She said that the Directorate General Public Relations is being upgraded on modern lines and a media tower will be set up in Punjab. She said that the government is going to establish Punjab Information Academy in which professional training will be imparted to the journalists.

Coming down hard on the opposition party Pakistan Muslim League-Nawaz (PML-N), she said, “The ‘N’ from ‘PML-N’ has escaped and sitting in London right now.” She chided the opposition’s “cheap tactics” for keeping alive in national politics.

She said if the opposition has guts, it should bring a vote of no-confidence against the government but the opposition is afraid because its own members will not support its narrative. She disclosed that the Sharif family is divided on its own narrative.

She said by seeing tightening of noose against their corruption, the opposition is making hue and cry just to save their looted money. She said that the opposition should refrain from putting the lives of innocent people in danger as the number of confirmed corona cases is increasing with each passing day.