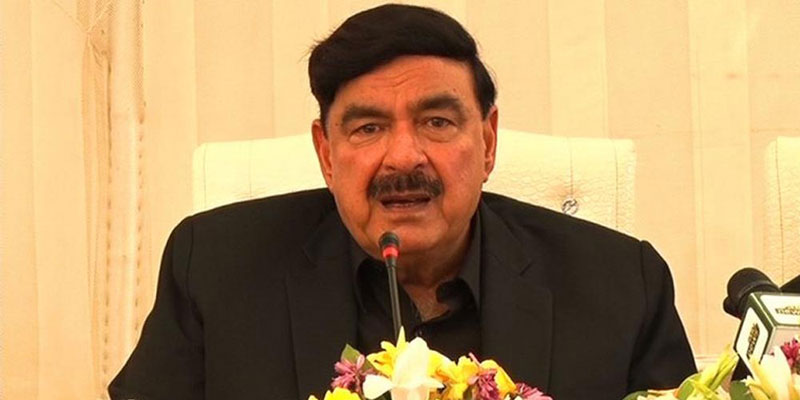 Talking to journalists in Chaman on Friday, the railways minister said that the government is committed to phase-wise development of the railways across the country.

He said that China will make ninety percent investment in the up-gradation of ML-1. The railways minister expressed the confidence that the tender of the ML-1 project will soon be issued. He said the ML-1 will provide 150,000 jobs. He said that the country is advancing towards progress and prosperity under the leadership of Prime Minister Imran Khan.

On the political front, the minister said that the government of Prime Minister Imran Khan has no threat from the Pakistan Democratic Movement (PDM) rallies and it will complete its term of five years. He said that opposition parties want respect for vote but it does not matter if voters die of Covid-19. He warned that inexperienced politicians may become a cause of political mishaps. He asked the opposition parties not to endanger the lives of the people and postpone their gatherings.

Meanwhile, Pakistan Ambassador to China, Moin-ul-Haque has said that China-Pakistan Economic Corridor (CPEC) has laid a sound foundation for modernisation of Pakistan’s economy. He made these remarks while addressing the opening ceremony of the 11th International Infrastructure Investment and Construction Forum in Macau.

Ambassador Haque said that the CPEC’s growth and success had highlighted the centrality of modernising infrastructure to achieve the sustainable development goals.