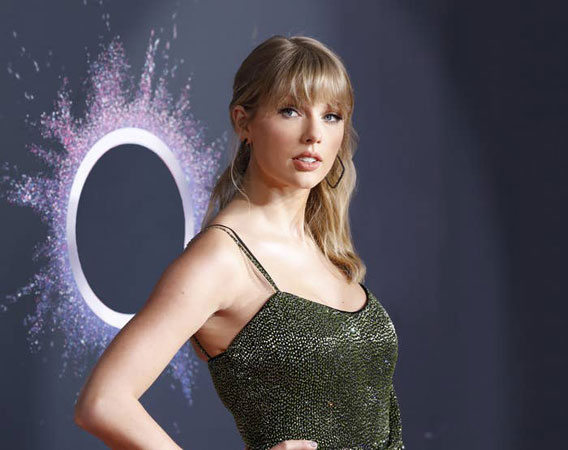 It wouldn’t be a Taylor Swift reveal without an Easter egg. The superstar blessed fans with a snippet of her re-recorded version

of “Love Story” in Ryan Reynolds’ new Match ad on Wednesday, Dec. 2. The funny clip shows a devilish Satan falling in love with a woman named 2020, which the actor called a “match made in hell.” Ah, pandemic humor.

But of course, this is the mastermind Taylor Swift we’re talking about, so she couldn’t just quietly drop the first of her highly anticipated re recordings and call it a day.

No, she had to sneak in a savage reference to her feud with music manager Scooter Braun. After all, it was his purchase of her old Big Machine masters that motivated Swift to re-record her first six albums, once she was contractually allowed to do so starting in November 2020.

If you look closely at the Match ad, Satan and his lover take a selfie in front of a literal dumpster fire. Behind them, a discarded scooter rests on the ground in front of another blue dumpster. The number six is graffitied on the wall behind it to symbolize the albums she doesn’t own yet. Oof! On Nov. 16, Taylor revealed she already started re-recording her music catalog, which includes the albums Taylor Swift, Fearless, Speak Now, Red, 1989 and Reputation.

“I have recently begun re-recording my older music and it has already proven to be both exciting and creatively fulfilling,” the “Betty” singer wrote on social media last month. In the same post, she bashed Scooter for selling her music for a reported $300 million to the group Shamrock Holdings, after Taylor had made it clear that she wants to buy her work.

“This was the second time my music has been sold without my knowledge,” the 30-year-old wrote. “They wanted to reach out before the sale to let me know, but that Scooter Braun had required that they make no contact with me or my team, or the deal would be off.”

The 2021 Grammy nominee explained on Good Morning America that the TikTok hit “Love Story” has been her favorite song to do over.

“So far, of the ones I’ve recorded, I think it’s been the most fun doing ‘Love Story,'” Tay said. “Because the older music, my voice was so teenaged and I sometimes, when I hear my older music and my older young teenage voice, it makes me feel like I’m a different singer now.”

We’re beyond ready to hear the rest of her classics, with some fans crossing their fingers that we’ll get to experience the 10-minute version of “All Too Well” or maybe “Back to December” before this satanic year comes to a close.