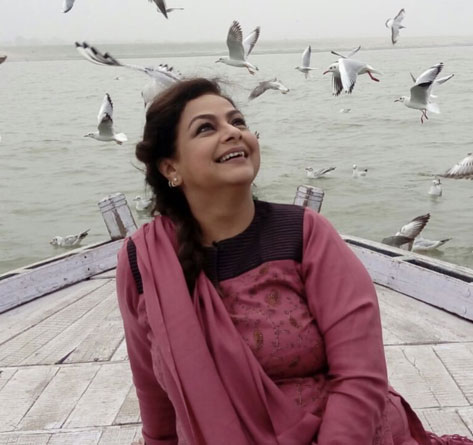 Shahid posted a picture on Instagram, where Neelima can be seen sitting on a boat and looking at birds flying.

Alongside the image, she wrote: “Mom….. I love you ….. happy happy birthday.”

Shahid is the son of Neelima and veteran actor Pankaj Kapur.

Alongside the image, she wrote, ‘Mom….. I love you ….. happy happy birthday’

On the work front, Shahid is busy with his upcoming film “Jersey”. The sports drama is a Hindi remake of a Telugu hit of the same name. The Hindi version is directed by Gowtam Tinnanuri, who had also helmed the 2019 original.

The story is about a talented but failed cricketer named Arjun, who decides to make a comeback in his late thirties and play for India, in order to fulfil his son’s wish. Till now, the film has been shot in Uttarakhand and Chandigarh. The film also features Mrunal Thakur and Shahid’s father, Pankaj Kapur.