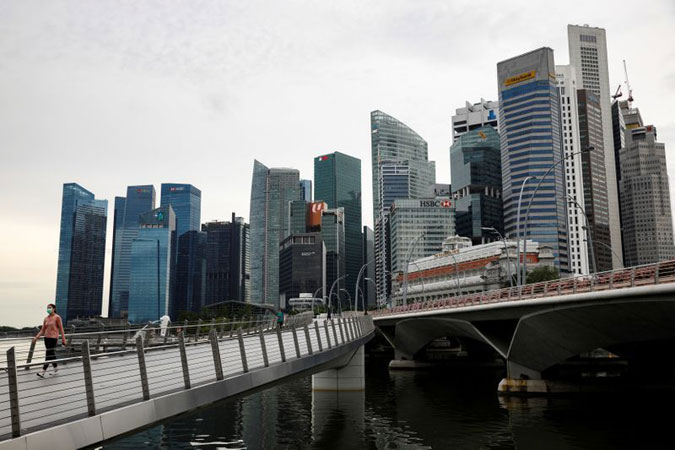 A year-long spat between activist funds and a small real estate investment trust (REIT) over a merger is nearing a climax in Singapore, a battle that could embolden more investor dissent in a sleepy market dominated by retail shareholders.

The activists say a proposed deal between Sabana REIT and ESR-REIT, whose managers are both owned by a unit of Asian logistics giant ESR Cayman Ltd, undervalues Sabana REIT and are confident of blocking it.

Despite being a global financial centre, shareholder activism in Singapore is not common due to its conservative market and tightly controlled companies.

A victory at Sabana REIT’s investors’ vote on Friday would mark a rare win for activists in the city-state and signal their growing clout with retail shareholders. But Sabana, one of Singapore’s smallest REITs, says voting down the deal with a rival four times its size would harm its growth prospects amid a lack of alternative bidders.

“When we agreed to the merger process, it was due to a bigger ship sailing past and we wanted to hop onto it so we could continue the journey whatever the weather,” Donald Han, a 30-year property market veteran, who became Sabana REIT’s CEO in 2018, told Reuters.

Singapore is home to REITS collectively worth over $70 billion, making it Asia’s largest REIT market. Many investors prefer to own units in trusts mandated to pay 90% of rental income as dividends, seen as a better alternative to bank deposits. Activist Quarz Capital had proposed Sabana REIT and ESR-REIT merge last year in a cash-plus-stock deal that would value Sabana REIT at S$0.545 a unit, while Black Crane Capital had voiced concerns about Sabana REIT’s market valuations. When both REITs announced an all-stock deal in July – just as the pandemic pummelled the sector – valuing Sabana REIT at S$397 million ($296 million) or 37.7 Singapore cents a unit, both activists rejected it.

They said last month that Sabana REIT had failed to close the net asset value discount and had recommended “a value destructive merger with a REIT controlled by its owner.” To press their point, the funds set up a website called “Save Sabana REIT” stacked with presentations against the merger, sent letters to management and held webinars to win over retail investors.

They also sought regulatory intervention to disallow ESR Cayman from managing both REITS if the merger fails, although the central bank has said there are no rules restricting such arrangements.

The merger proposal needs approval of over 50% of unitholders, representing no less than 75% of the value of votes cast. ESR-REIT managers and others holding 24.6% of Sabana REIT are not allowed to vote.

Quarz Capital, run by a Swiss investment executive along with its Singapore-based research head, has previously campaigned against undervalued REITS and other Singapore firms, though this is its most high profile clash in the city-state.