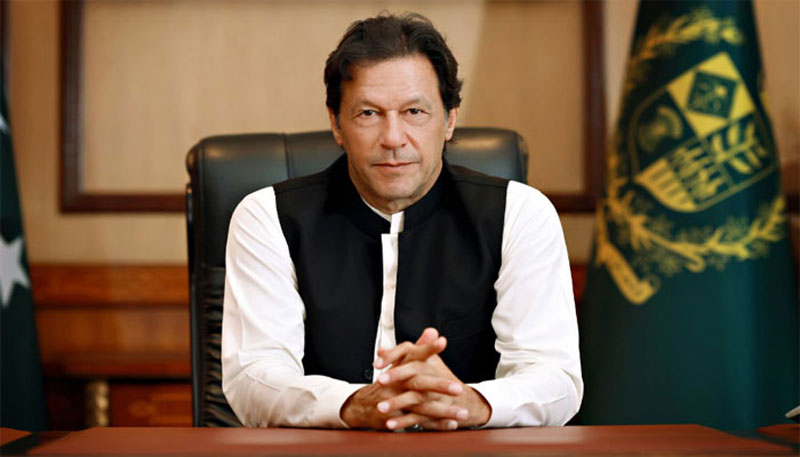 In a tweet on Thursday, the Prime Minister announced the new Ehsaas Kafalat Policy for Special Persons. He stated that the families will be eligible for a monthly stipend of Rs2,000, adding that this move will be a step towards a disability-inclusive and sustainable world post Covid-19.

International Day of Persons with Disabilities was observed on Thursday in solidarity with disabled persons. The theme this year is “Building Back Better: toward a disability-inclusive, accessible and sustainable post COVID-19 World”.

Prime Minister Imran Khan will also address the two-day special session of the United Nations General Assembly (UNGA) on the response to the coronavirus pandemic on Friday.

According to the speakers list, there are 141 speakers including 53 heads of state, 39 heads of government, 4 deputy prime ministers and 38 ministers. They will address the session through pre-recorded videos.

According to the schedule, Prime Minister Khan will be the 51st speaker of the session and will address at 03:00am on Friday.

Prime Minister Imran Khan has also directed the authorities concerned to ensure provision of facilities to allied industries connected with the construction sector to keep the economy’s wheel moving.

The Prime Minister issued these directions while chairing the weekly meeting of the National Coordination Committee for Housing, Construction, and Development in the federal capital on Thursday.

The Prime Minister said that Islamabad is the only planned city of Pakistan, but now its outlook is getting worse. He directed to ensure measures to protect green areas in the federal capital.

Governor State Bank of Pakistan Reza Baqir informed the meeting that banks have almost achieved the quarterly targets regarding housing and construction sector. He said that banks have been instructed to provide further facilities to the consumers. The chairman Capital Development Authority (CDA) briefed the meeting that work on automation is continuing with great pace and will be completed by the end of this month. He said the automation will save people from unnecessarily visiting CDA offices. He said that CDA has so far received maps of four out of 12 commercial plots on which construction will be started soon.

The Prime Minister directed to frame a timeline to complete various phases of these projects.

The meeting was informed that Frontier Works Organisation (FWO) and National Logistic Cell (NLC) have started work on Ravi Urban Development project and the timeline for the completion of various phases of the project has been determined.

Meanwhile, Prime Minister Imran Khan has said the government is determined to provide affordable housing to the people for which practical steps are being taken. He said this while talking to Minister for Housing and Works Tariq Bashir Cheema in Islamabad on Thursday.