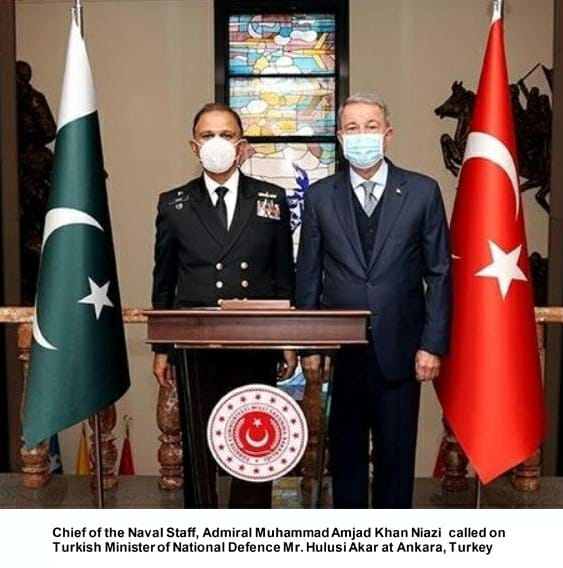 Upon his arrival at the Turkish Naval Forces Headquarters, Admiral Muhammad Amjad Khan Niazi was presented guard of honour and subsequently conferred with “Legion of Merit of the Turkish Armed Forces” by Turkish Naval Forces Commander in an impressive ceremony. Earlier during a meeting, both the dignitaries discussed the matters of naval collaboration and mutual interest aimed at further enhancing ties between the navies of two brotherly countries. The Naval Chief was also given comprehensive briefing regarding Turkish Naval Forces.

Turkish Dignitaries acknowledged the efforts of Pakistan Navy for maintaining maritime peace and stability in the Indian Ocean Region. It is expected that the recent visit of the Naval Chief will further enhance and expand Naval collaboration and defence ties between the two countries in general and both Navies in particular.