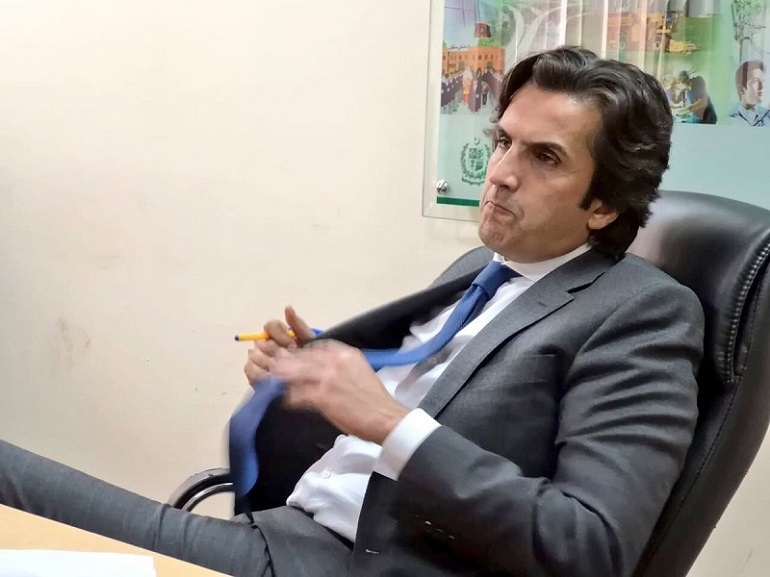 Minister for Economic Affairs Makhdoom Khusro Bakhtiar has said that Pakistan and China are strategic partners and their relations will be further strengthened in future through the China-Pakistan Economic Corridor (CPEC).

Talking to newly appointed Chinese Ambassador Nong Rong on Wednesday, Makhdoom Khusro Bakhtiar underlined that Pakistan and China have supported each other on the issues of their core interest.

He said that strategic partnership should set the basis for strong economic partnership, adding the CPEC is a transformational initiative in this regard.

The minister stated that agriculture is one of the key sectors for Pakistan’s economy and emphasised that Pakistan and China should deepen and expand cooperation in the agriculture sector under the CPEC umbrella to enhance productivity and value addition.

The minister hoped that the 10th JCC will be successful and that the implementation of important socio-economic, energy, transport, infrastructure projects and special economic zone development will be expedited.

He appreciated Chinese strategy in dealing with global pandemic effectively. They also discussed the Chinese assistance and cooperation to Pakistan against Covid-19 and mutual economic relations between the two countries.

He also congratulated the ambassador on his appointment to Pakistan and hoped that Pakistan-China ties will further deepen and strengthen based on his experience and professionalism.

Ambassador Nong appreciated the minister’s support and expressed that Pakistan–China relations would grow further under the leadership of the two countries. He conveyed the government of China’s full support to CPEC and resolved that Pakistan and China should further deepen cooperation at the bilateral and multilateral institutions.