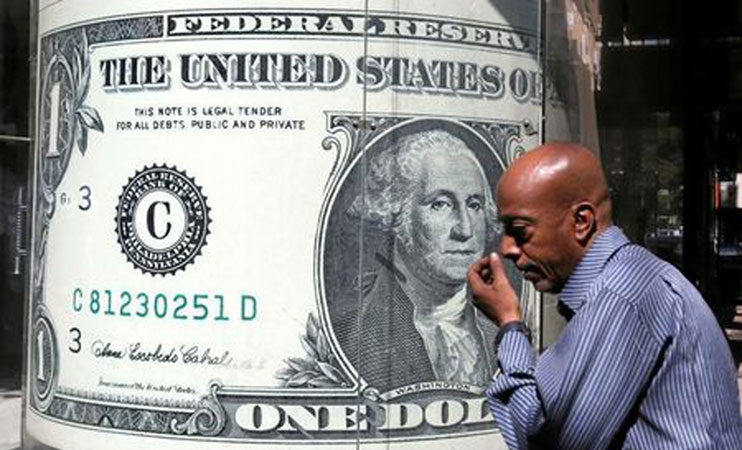 The dollar stayed near a 2-1/2-year low on Wednesday as investors assessed the likelihood of further fiscal stimulus in the United States, while riskier currencies held onto gains as investor confidence improved.

Against a basket of major currencies, the dollar index eased at 91.19, near the lowest level since late April 2018 it hit overnight.

The Euro and the Kiwi steadied after an overnight jump to their 2 1/2-year highs as dollar weakened broadly on renewed hopes for a coronavirus vaccine and US fiscal stimulus.

US Treasury Secretary Steve Mnuchin and House of Representatives Speaker Nancy Pelosi held stimulus talks for the first time since the Nov. 3 election, while a bipartisan group of senators and House members proposed $908 billion worth of coronavirus relief measures.

Pelosi said in a statement after the talks that Mnuchin would review coronavirus relief proposals.

US Senate leader Mitch McConnell said on Tuesday that Congress should include a fresh wave of coronavirus stimulus in a must-pass $1.4 trillion spending bill aimed at heading off a government shutdown in the midst of the pandemic.

US President-elect Joe Biden told the New York Times his priority is getting a generous aid package through Congress even before he takes office in January.

But traders were taking the reports cautiously.

“The currency market is sceptical whether these proposals could be agreed in a swift manner, since hopes were shattered once already when a stimulus package didn´t come into fruition before the presidential election,” said Masafumi Yamamoto, chief currency strategist at Mizuho Securities.

Also weighing on the safe-haven dollar was weaker-than-expected US manufacturing activity data and speculation that the Federal Reserve will act to support the economy before vaccinations become available.

Fed Chair Jerome Powell and Mnuchin urged Congress to provide more help for small businesses amid surging infections, on concern that a vaccine may not arrive in time to keep more companies from failing.

The next Federal Open Market Committee policy meeting is on Dec. 15-16.

Later on Wednesday, data including the US ADP national employment data and EU unemployment rate are due.

The Bank of Japan’s deputy governor signalled the central bank’s readiness to extend pandemic-response programmes, adding that the bank will “take additional easing steps without hesitation as needed.”

Against the Japanese yen, the greenback changed hands at 104.41.

The euro held ground against the dollar after its strong performance overnight as it hit the highest level since May 2018. It last fetched $1.2071.