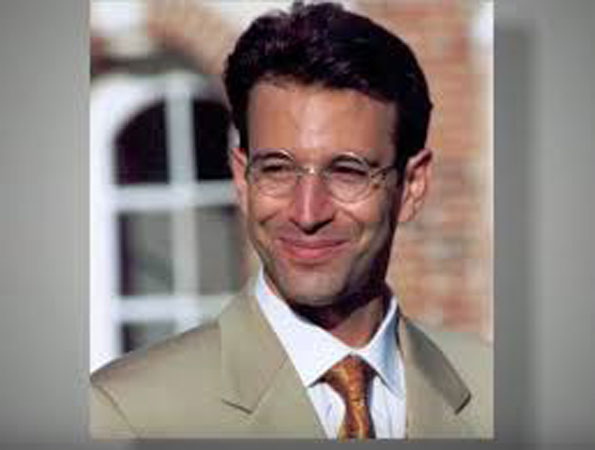 The Supreme Court on Wednesday heard the appeal of the Sindh government seeking suspension of the Sindh High Court (SHC) verdict of acquitting four convicts in the Daniel Pearl murder case.

A three-judge bench of the apex court headed by Justice Mushir Alam, is hearing appeals filed by the Sindh government and the parents of victim Daniel Pearl challenging the April 02 high court verdict that overturned the sentences of four convicts in the case.

Farooq H Naik representing the Sindh government said that a man met Daniel Pearl at a hotel in Rawalpindi. The man had booked the hotel room with the name of Muzaffar Farooqi but he met with Pearl introducing himself as Bashir, the counsel said.

“Omer Shaikh’s hiding his identity is a proof of the conspiracy”, Naik said.

“Daniel Pearl’s murder was a part of the international terrorism and Omar Shaikh himself had stated that he will be handed over to the United States,” the lawyer said.

Earlier on Tuesday last, Naik said that four accused including Ahmed Omer Saeed were arrested, while seven others were at large. The accused had hatched the kidnapping plot of Daniel Pearl, a US national reporting for the Wall Street Journal, in a Rawalpindi hotel, Naik said. “They sent an email to the victim’s wife after kidnapping and demanded ransom money,” the counsel further said.

The accused brutally killed Daniel Pearl after their demand was not met, Sindh’s counsel said. They also released a video of the slaughter causing fear and harassment among the public. “I will produce details of the witness accounts in the next hearing,” the counsel told the bench.

Four convicts in the murder case, British national Ahmed Omer Saeed, co-accused Fahad Naseem, Salman Saqib and Sheikh Adil had moved the SHC in 2002 challenging their convictions handed down by the Hyderabad Anti-Terrorism Court after finding them guilty of abducting and killing American Journalist Pearl. The 38-year-old South Asia bureau chief of The Wall Street Journal, Daniel Pearl, was researching a story on religious extremists, in January 2002 in Karachi when he was abducted and slain.