* Advocate Harkam Singh, in the legal notice dated November 30, suggested Kangana should have authenticated information before posting it on social media and demanded an apology over her Tweets 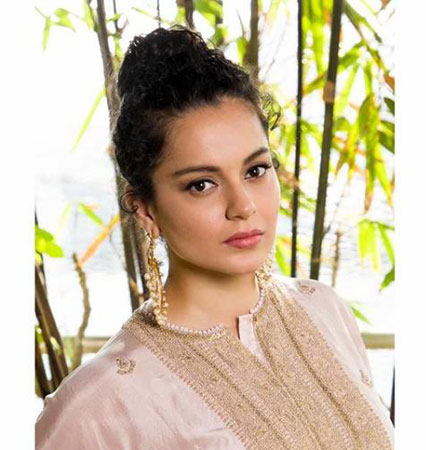 A lawyer from Punjab’s Zirakpur has sent a legal notice to actress Kangana Ranaut demanding an apology from her over her now-deleted tweet related to the ongoing farmers’ protest in Delhi, reports news agency ANI.

In her tweet, Kangana had allegedly misidentified an old woman at the protests as Bilkis Dadi, who was a prominent protester at Delhi’s Shaheen Bagh anti-CAA demonstrations last year.

Advocate Harkam Singh, in the legal notice dated November 30, suggested Kangana should have authenticated information before posting it on social media and demanded an apology over her tweets.

Speaking to ANI, he said that Kangana has been given a week’s time to tender an apology, otherwise a defamation case would be filed against her.

“It is to inform you that the said lady is not a fake lady. Her name is Mahinder Kaur and she belongs to Bathinda. She is the wife of farmer Labh Singh Nambardar. She in her life, has always remained connected with fields and filed work and she is the wife of a farmer,” the notice said.

“I sent a legal notice for a tweet misidentifying Ms Mohinder Kaur as Bilkis Bano with an insinuation that she was available as a hired protestor for Rs 100. The notice gives Ranaut seven days to issue an apology failing which a defamation case will be pursued,” advocate Hakam Singh said.

In her tweet, quoting another post, Kangana had said, “Ha ha ha, she is the same dadi who featured in Time magazine for being the most powerful Indian… And she is available in 100 rupees. Pakistani journos have hijacked international PR for India in an embarrassing way. We need our own people to speak for us internationally.”

However, after being pointed out for spreading ‘fake news’, she deleted the tweet. She was slammed by various Twitter users and celebs.