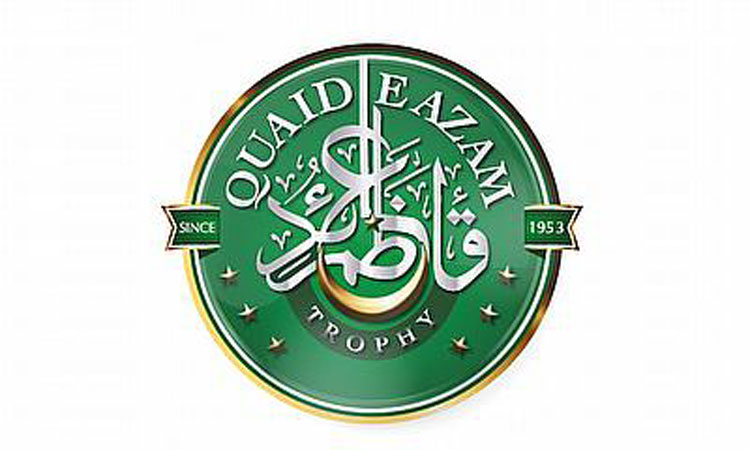 KARACHI: The race for the top two spots on the six-team points table of the first-class Quaid-e-Azam Trophy continues to heat up as the country’s premier domestic tournament heads into its second-half from Wednesday (today). Following the completion of the fifth round, Southern Punjab, the table-toppers, are tied with Northern on 74 points. Khyber Pakhtunkhwa and Balochistan, ranked third and fourth, respectively, have 67 points each from five matches. Sindh are placed fifth with 60 points, while Central Punjab, the title defenders, are the only team without a win in the tournament and are placed on the bottom of the table. The fifth round produced thrilling action with two of the three drawn matches going down the wire. The sixth round promises to further spice up the tournament with the top five teams looking to give their all to accumulate maximum points and Central Punjab eager for resurgence.

Southern Punjab v Northern at UBL Sports Complex: The upcoming round serves an opportunity for both Southern Punjab and Northern to leapfrog each other, in terms of points. At present, a 0.07 net run-rate difference separates the two. Northern enter the contest after collecting 13 points, the most for any team in the previous round, and will be hoping to turn this into a trend. They featured in one of the most riveting matches this season has produced when they played out a draw against Khyber Pakhtunkhwa. Northern would be ruing their inability to dismiss the opposition’s last wicket as Mohammad Wasim Jnr and Arshad Iqbal’s 22-minute-long vigil ensured that Northern settle for five points, instead of 16. Their captain, Nauman Ali, who took six wickets in the last match, continues to spearhead Northern’s bowling department. The 34-year-old, who was the leading wicket-taker in the 2019-20 season, is only one wicket behind Khyber Pakhtunkhwa’s Sajid Khan, who leads the chart for the bowlers with most wickets this tournament.

That three of their batsmen – Faizan Riaz, Mohammad Nawaz and debutant Umair Masood – scored centuries and Nasir Nawaz and Asif Ali were amongst the run-getters with half-centuries augurs well for them. What further underscores Northern’s brilliant batting form entering into the contest is the fact that they gathered maximum points for batting against Khyber Pakhtunkhwa. Southern Punjab are also coming into the fixture after an exciting draw, against Central Punjab. Like their next opponents, the Southern Punjab bowlers also struggled to dismiss the opposition’s last wicket and will be eager to make up for the missed points in the upcoming fixture. Southern Punjab posted a mammoth 527 for seven in their first innings at the back of centuries by Salman Ali Agha and Muhammad Imran, while Zain Abbas, Umar Siddiq and Saif Badar scored half-centuries in the match. Umar, the Southern Punjab captain, will continue to resort to leg-spinner Zahid Mahmood to provide him crucial breakthroughs. The 33-year-old Dadu-born has 32 wickets at an average of 21.25 and two five-wicket hauls in the season, the most recent of which came in his last outing.

Khyber Pakhtunkhwa v Balochistan at State Bank Stadium: After facing a defeat in the opening match against Balochistan, Khyber Pakhtunkhwa have staged a remarkable comeback and are placed third on the points table with their next four matches resulting in two wins and as many draws. The team’s versatility was on display in the last round. Set a 390-run target, the top-order played an attacking brand of cricket and the middle and lower-order exhibited defensive skills when the opposition bowlers started to gain the momentum. Khalid Usman, the team’s captain, scored his maiden first-class ton, while Israrullah and Musadiq Ahmed laid a solid foundation for the mammoth run chase, which eventually resulted in a draw, with a 155-run opening stand. Both batsmen have scored two half-centuries each and will be eager to make the most of the starts they are getting by converting them into three-digit scores. Balochistan will be vary of the threat Sajid Khan possesses as the off-spinner took eight wickets – including a five-wicket haul in the second innings – when these two sides met in the opening round of the ongoing tournament. Sajid, who continues to top the list of bowlers with most wickets, has 36 wickets from five matches at an average of 23.86.

The contest comes as an opportunity for Balochistan’s Bismillah Khan to regain his batting form. The wicketkeeper-batsman since opening the tournament with a remarkable 118 against the opposition has had ordinary outings, which he would like to change. That Akbar-ur-Rehman has picked up form is another positive sign for Balochistan. The middle-order batsman scored 164 and 76 in his last outing and has become the highest run-getter for his team in the ongoing tournament. Ayaz Tasawar, who scored his third century, in the last match, will be eager to continue his form with the bat. Imran Farhat, the Balochistan captain, will look towards Kashif Bhatti to provide the balance with both and ball. The 34-year-old has struck three half-centuries and piled up 266 runs at an average of 38 and is the leading wicket-taker for Balochistan with 17 scalps in five matches.

Central Punjab v Sindh at National Stadium: The two sides meet at the National Stadium in a broadcast fixture to be televised live on PTV Sports, which will also be beamed around the globe through PCB’s YouTube channel. Sindh’s only victory of the tournament came when these two sides met at the same venue in the opening round of the tournament. In a remarkable turn of events, Sindh chased the 212-run target after Central Punjab’s brave last-day declaration. That run-chase was spearheaded by Saud Shakeel, who after scoring two centuries and as many half-centuries from five matches is now the highest run-getter in the tournament. The 25-year-old has scored 577 runs at an average of 64.11 and will be one of the prized scalps for the Central Punjab.

Twenty-two-year-old Omair Bin Yousuf has picked up form at a crucial stage and has the second most runs for his team in the tournament. The right-handed batsman has scored 378 runs from four matches at the back of two impressive centuries, both coming in the last two matches. Tabish Khan continues to spearhead Sindh’s bowling unit as his 16 wickets are the second most for a pacer in the tournament and Asad Shafiq will be hoping that he continues to provide breakthroughs with the new ball. When these two sides met the last time, the 36-year-old returned five for 44, which remains his only five-fer in the ongoing tournament, something that he would like to change.

In what was a positive development for Central Punjab, who are languishing at the bottom of the table, their captain Hasan Ali was back in action in the Punjab Derby and sent down 23 overs in which he took three wickets. He, however, impressed the most with the bat in his hand as he smashed his second first-class half-century. The title defenders will be hoping that their return to National Stadium brings a change in their fortunes. They have gathered only 30 points from the five matches and are a staggering 30 points away from Sindh, the next best team on the points table.

Left-arm pacer Waqas Maqsood has the most wickets for a pacer in the tournament with 17 scalps at 27.06 runs per wicket and promises to form a daunting partnership with the ball with his captain. Hasan will be hoping for his batsmen to rise to the occasion as none of the Central Punjab’s batsmen has recorded a century yet. With 324 runs and a high score of 76, Usman Salahuddin is the highest run-getter for them and Mohammad Saad (275 at 27.50) is the second best.