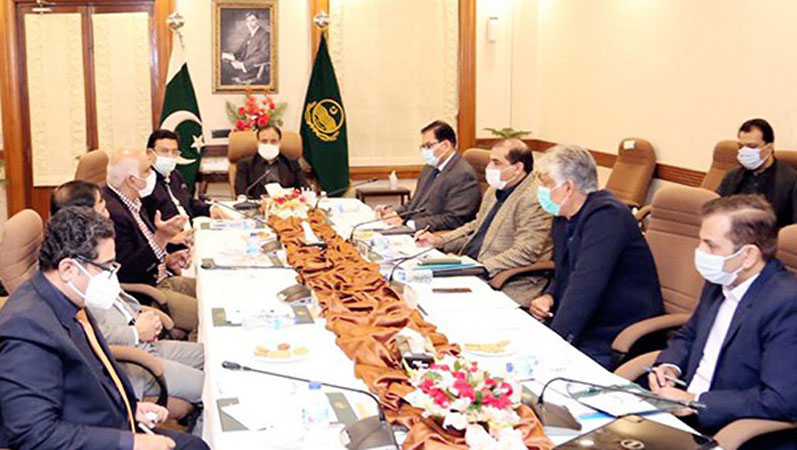 Usman Buzdar has given deadline of December 10 to concerned officials for presenting design of the new terminal, which will be constructed at Thokar Niaz Baig.

Usman Buzdar also announced that similar terminals will also be constructed in Multan and Faisalabad while green electric busses are being introduced in major cities.

CM Punjab directed to take necessary steps for purchasing of the buses and warned that any compromise on quality will not be tolerated. Complete process should be transparent and follow all set rules and regulations, he stressed.

He also said that with electric buses, environmental pollution and smog will be reduced.

Chief Minister Punjab Sardar Usman Buzdar stated that the negligence shown during the second wave of the corona has resulted in dangerous consequences as 45 patients have died during the last 24 hours.

In a statement, the CM advised that public meetings should be fully avoided as there is a trend of increase in the number of patients. He regretted the PDM has no concern with public safety as the opposition is playing with the lives of the people to promote its negative politics. The opposition is resulting in increasing corona cases and these elements should realize that corona is a bitter reality. It’s playing with the lives of the people to achieve some nefarious designs showing the greed of the PDM, he said. The CM advised the people to remain careful as the world is moving towards another lockdown to remain safe from the corona. Overcoming the corona is not possible without public cooperation and people can remain safe by following social distancing and wearing facemasks, he added.

Chief Minister Punjab Sardar Usman Buzdar congratulated Barrister Khalid Khurshid on assuming the charge of chief ministership of Gilgit Baltistan. The success of the PTI in GB elections is the victory of the agenda of change and new Pakistan, he said. The results have proved that the people fully trust PTI leadership and its policies, he added. The people have also buried the negative politics of looters as Gilgit Baltistan sided with sincere leadership. The PTI is the most popular party under Prime Minister Imran Khan. I hope that newly elected Chief Minister Khalid Khurshid will work hard for the welfare of the masses, he added.

Chief Minister Punjab Sardar Usman Buzdar expressed a deep sense of sorrow over the death of famous columnist Abdul Qadir Hassan. In a statement, he said late Abdul Qadir Hassan highlighted socio-political and cultural issues in his columns and his journalistic contribution will be remembered till lately. The CM prayed that may Allah Almighty rest the departed soul in eternal peace and grant courage to the bereaved family to bear the irreparable loss with equanimity.