Come on in, Aseefa Bhutto

Aseefa Bhutto Zardari is the new thing to happen at the Pakistan Democratic Movement (PDM) jalsa in Multan. The manhandling of the crowd by the Multan administration is classic. Ultimately, the jalsa was held at the historic Clock Tower. The inexperienced administrator of the city seems to be missing the basics of crowd administration that law could be put on the back burner as long as order is maintained. Second, our city administrations are capable of firmly handling only small crowds and for big crowds they need to be diplomatic and good negotiators. Sheer use of force results into chaos as has been the case with this jalsa. The uniqueness of this programme was that two women were leading it – Maryam Nawaz and Aseefa Bhutto Zardari. This is heartening to see that women are taking on leadership roles in politics. Time was women were discouraged from entering politics on the basis of their gender but this trend is changing. After Fatima Jinnah, Benazir Bhutto was surely the icebreaker in this respect.

She wrote in her book that when she became the first woman prime minister in any Muslim country in the world, it was one glass ceiling less for women. But she had to go through a lot to achieve this goal. Now her daughter Aseefa has followed in her footsteps. The PPP stalwarts and general public want to hear the voice of Benazir echoing in speeches of Aseefa. She has to fill really big shoes. Benazir was not the name of only courage and charisma. She was one of the finest politicians the country has ever had. She was among the politicians who also had some principles to follow. At a time when we expect these traits in Aseefa, we also wish that she should never have her mother’s fate. Women are easy targets of enemies of democracy as they resort to stigmatize them issuing gender slurs.

But it may not be the case anymore. The element of gender in leadership is getting strengthened. Multan jalsa was a debut for Aseefa. But Maryam has long proved her mettle waging a war on her rivals even at the remotest corners of the country. Anyone can differ with what purpose these women intend to achieve, but no one must talk about their leadership credentials.  * 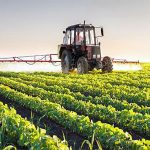