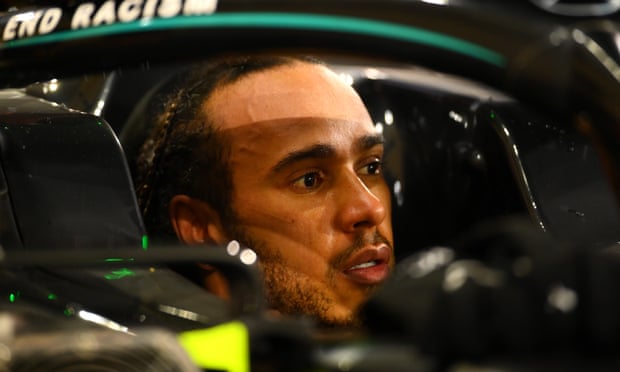 MANAMA: Formula One champion Lewis Hamilton has tested positive for Covid-19 and will miss the upcoming Sakhir Grand Prix, the sport’s governing FIA said on Tuesday.

Hamilton, who has already secured a record-equalling seventh world title and won Sunday’s Bahrain Grand Prix, was experiencing mild symptoms but was otherwise fit and well, his Mercedes team said.

His Mercedes team said that the seven-time Formula One world champion was self-isolating and had only mild symptoms.
“He is otherwise fit and well, and the entire team sends him its very best wishes for a swift recovery,” said Mercedes in a statement.
According to Mercedes, Hamilton was tested three times last week, including at the Bahrain International Circuit on Sunday, where he won the Bahrain Grand Prix. He returned a negative result each time.