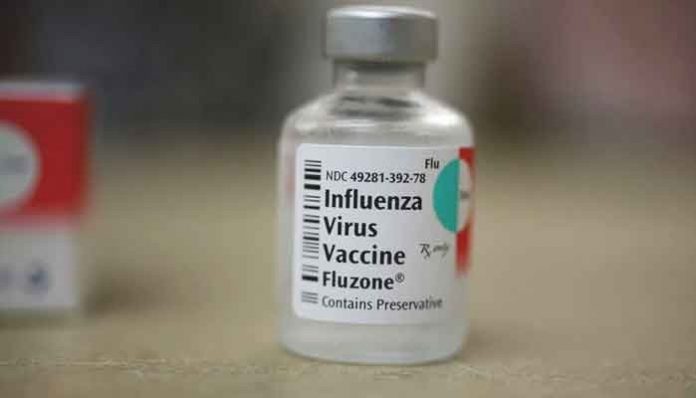 ISLAMABAD: Amid the second wave of the coronavirus pandemic across the world, the demand for the influenza vaccine has increased manifold in western countries, making it unavailable for many developing nations, including Pakistan, reported on Tuesday.

October and November are considered the prime time to get a flu shot, but a shortage of the vaccine in the country is affecting thousands of people, particularly those living with a high-risk of complications associated with flu.

Epidemiologists and health experts across the globe urge the community, particularly the high-risk population, to get vaccinated against influenza every year in October to reduce considerable morbidity and mortality. But this year, distributors of the influenza vaccine in the country have not receive a single vial of the vaccine so far from the two leading manufacturers.

“Sanofi S.A. is a French multinational pharmaceutical company headquartered in Paris, France and its products are not being imported currently due to prevailing situation of the boycott in the country while Abbott did not provide influenza vaccine to distributors in Pakistan because of having huge orders from the developed countries,” the report stated.

The influenza vaccine is updated every year. It is made available in markets across the globe in October. The updated vaccine against influenza is developed from strains of viruses, circulating in the world in the previous year.

According to distributors in Pakistan, Abbott has prepared the vaccine for the international community as per past practice but the demand from developed countries is exceeding overwhelmingly this year so they may not be able to provide the vaccine for the population in Pakistan, said Head of Planning and Development, Health Department, Islamabad Dr Muhammad Najeeb Durrani, who is an epidemiologist and Member Global Outbreak Alert and Response Network (GOARN).

Talking to The News on Monday, he said the demand for the vaccine is higher in developed countries mainly because of the emergence of the coronavirus. People at higher risk in developed countries would like to get a flu shot to avoid flu that may make them immune-compromised and they think that by getting the flu, they may become an easy victim of the virus.

He said there is no direct link of between the flu shot and protection from COVID-19, however, as influenza and COVID-19 have some common symptoms, the flu among high-risk people may confuse them.

“People in developed countries are more aware, they may like to avoid co-infection, flu along with coronavirus illness,” said Dr Durrani.