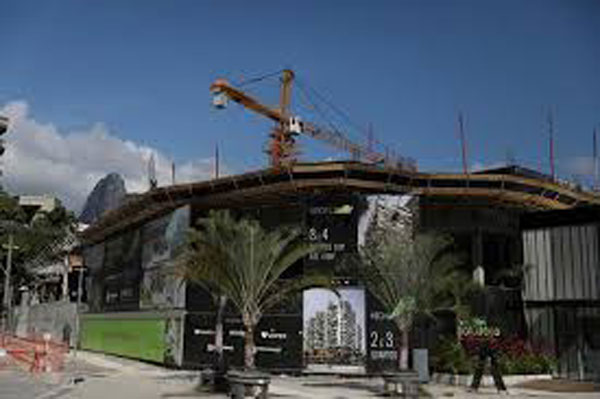 Owning their first home on the outskirts of Sao Paulo felt like a distant dream when tattoo artist Fernando do Prado and pharmacist Jenifer Ferreira got engaged in January.

They soon realized, however, that it was within reach if they used their savings as a deposit, with mortgage payments for a similar sized apartment on the edge of South America’s biggest city costing less than half the equivalent monthly rent.

“It meant a lot for us to start our lives together already owning our home,” Jenifer said after the couple’s dream came true in September with the purchase of a two-bedroom apartment.

A dramatic drop in interest rates has sparked a mortgage boom in Brazil, making home ownership feasible for thousands like Jenifer and Fernando and tempting others to trade-up or splash out on a house in the country or by the beach.

The surge is welcome for banks such as Brazil’s biggest lender Itau Unibanco, Banco Bradesco and Banco Santander Brasil, whose business loan portfolios have been pressured by the coronavirus crisis. COVID-19 has also triggered record job losses and a spike in home loan defaults, creating a potentially treacherous road ahead for borrowers and lenders. Brazil’s last such boom ended badly, but bankers say this one is different as it is driven by low interest rates, a deep housing deficit and is underpinned by cautious credit models.

“The real estate market in Brazil is well below its potential, leaving plenty of room for growth despite economic stress,” Danilo Caffaro, head of mortgages at Itau, said.

Home loans surged 49% in October from a year earlier to their highest monthly volume since 1994, data from Brazil’s mortgage association shows, driven by a dramatic drop in the benchmark interest rate to 2%, from more than 14% in 2016.

“Low rates make a mortgage much more palatable and allow more and more people to take advantage … So those individuals not hit by the pandemic kept their acquisition plans,” Cristiane Portella, head of Brazil mortgage association, Abecip, said.

Brazil’s mortgage market remains in its infancy, with outstanding home loans totalling 720 billion reais ($135 billion), or around 10% of GDP, which is less than half the ratio in Chile and a fifth of the share in the US

And economists estimate Brazil is around 4.5 million units short of demand, a tantalizing gap for banks and developers.

Brazilian rates are forecast to rise in the years ahead, a central bank survey gives a forecast for benchmark interest rates of 3% in 2021, 4.5% in 2022 and 6% in 2023. But these are well below those seen during past bouts of hyperinflation.

Home finance has become one of the fastest growing areas of credit for Itau and rivals eager for collateralized loans as COVID-19 threatens to tip unsecured borrowers into default.

But although mortgages appear a lower risk avenue, some skeptics caution there could be a hangover.

That is partly because unlike US banks, which sell nearly all of their mortgages on to third-party investors, Brazilian lenders keep the majority on their balance sheets.

At state-owned bank Caixa Economica Federal mortgages comprise 66% of its loan book, while private-sector lenders have 6-8% of theirs financing homes.

The banks insist that cautious credit models plus collateral will keep risks to a minimum and while Brazilian regulators bar borrowers from financing more than 80% of a home’s value, lenders have on average kept that ratio closer to 60%.

Nevertheless, defaults have crept higher, hitting a record 6% of all banks’ outstanding home loans in the first half of 2020, Brazilian central bank data shows.

Mortgages accounted for 61% of all loans that were given extensions as part of the banking industry’s broad forbearance program during the pandemic, the regulator said.

This represented a temporary hiccup, since 80% of those borrowers had resumed regular payments in September, the central bank said in an email to Reuters. Mortgage holders have continued requesting grace periods, but at a lower pace.

Five years ago, a housing boom ended with banks repossessing hundreds of apartments and entire buildings that they were then forced to unload at a discount.

But banks and homebuilders say those mistakes will not be repeated amid low interest rates and new rules on repossession.

However, there are risks on the horizon and a rise in the benchmark rate, which economists see as likely amid growing fiscal concerns, as well as inflation, could drive up the cost of some mortgages.

Variable rate loans still account for just 3% of the total outstanding, but recent central bank data shows they are on the rise, exposing borrowers to any increase in underlying rates.

Santander Brasil has decided not to offer variable rates as it believes clients may in the near future face problems in paying such loans, the bank’s mortgage head Sandro Gamba said.

And another rise in unemployment, which is already at 14.6%, could also pose a risk even for those on fixed rate deals.

“There could be some problems here and there for banks, but I don’t see a systemic risk. Unlike the last real estate crisis, housing prices and interest rates are at a low,” analyst Fabio Fonseca, a partner at JGP Gestão de Recursos, said.

Yet there are signs of prices rising, with those in some neighborhoods in Sao Paulo creeping up in 2020.

Cyrela Brazil Realty SA, Brazil’s largest homebuilder by market value, said demand has pushed up launch prices in the Brooklin district by roughly 5% in less than a year, although not all cities have seen such gains.

Bradesco head of mortgages Romero Albuquerque said that even though the turmoil wrought by the COVID-19 pandemic has led his and other banks to tighten lending criteria, there is still plenty to go round.

“Low interest rates have made house financing so much cheaper that demand is huge even considering only very good payers,” Albuquerque said.