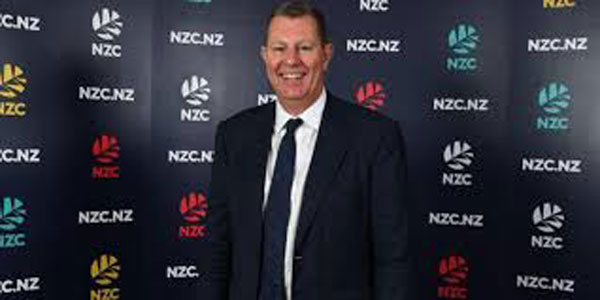 LAHORE: The newly appointed chairman of the International Cricket Council (ICC) Greg Barclay has claimed that he intends on doing his best to bring India and Pakistan closer in terms of cricketing matters while admitting that the sport’s governing body did not have the mandate to influence bilateral ties to a significant degree. Barclay, who has previously served as a representative for New Zealand Cricket (NZC) on the board of the ICC, has first-hand knowledge about the issues in communication that arise between the Pakistan Cricket Board (PCB) and the Board of Control for Cricket in India (BCCI).

“I would love nothing more than for India and Pakistan to be able to continue cricketing relations as they were previously. I am also enough of a realist to understand that there are geo-political issues at play here. I think all we can do at the ICC is to continue to help and support in any way that we can to bring about outcomes that would see India and Pakistan in a position where they can play cricket regularly against each other and in their home territories,” Barclay was quoted as saying by Press Trust of India. “Beyond that, I do not think I have the mandate or ability to influence the outcomes more than that. That is really being done at a level way beyond where we would be operating,” he added.

The ICC chief was adamant that the ICC would do whatever it can to facilitate and support discussion between the two sides. The PCB has reached out to their counterparts in the BCCI many times over the past years however the Indian government’s policies have been a major obstacle for any bilateral assignments between the sides. The two teams clash in ICC events while no indications have been provided for the resumption of any bilateral fixtures. Both countries have not played a bilateral cricket series since 2012, due to strained relations between the two neighbours. Pakistan last toured India for ODIs and T20Is in 2012-13, while the two sides last played a Test match in 2007. The Men in Blue toured Pakistan in 2006 and have not visited there since.