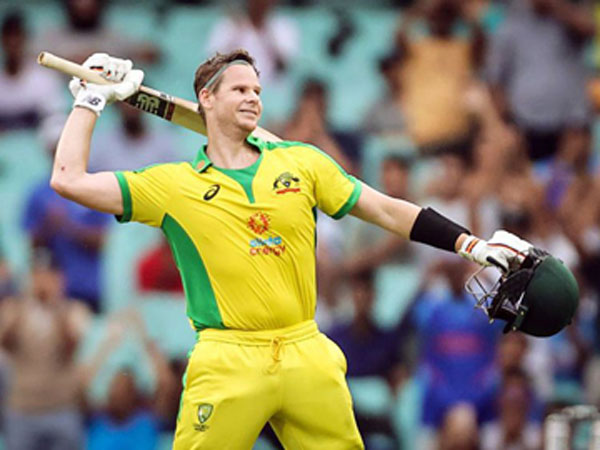 SYDNEY: Australia run-machine Steve Smith scored his second successive century against India to give the hosts an unassailable 2-0 lead in the three-match ODI series but the top order batsman said he almost missed Sunday’s match due to a bout of vertigo. Smith said a team doctor put him through his paces to see if he was fit to take the field in Sydney. “I didn’t know I was playing…” Smith told a Cricket Australia website after collecting his second man-of-the-match award. “I had a really bad dose of vertigo this morning and I was struggling until … I came down early to have a hit and a bit of a run around.” “The doctor, I think he performed six Epley manoeuvres on me … and got the crystals out of my ears and I was struggling for a bit.”

There was no sign Smith was in any discomfort when he got to the crease with the 31-year-old reaching his 100 with 62 balls for the second straight match, the third fastest by an Australian behind Glenn Maxwell (51) and James Faulkner (57). “Just pleased to be able to get out here and play another good innings and help the team,” Smith said. Team mate Marnus Labuschagne, Smith’s collaborator in their 136-run partnership, called it one of the best one-day knocks he had ever seen. “The way he batted yesterday was superb. It almost felt like he didn’t really give an opportunity, didn’t really take a risk,” Labuschagne said in a video call on Monday. Smith could have reached the 100-mark taking one ball fewer but Labuschagne slipped at the striker’s end and they decided against a second run.