Earlier it was important to have talent, now there’s talent management: Amrita Rao 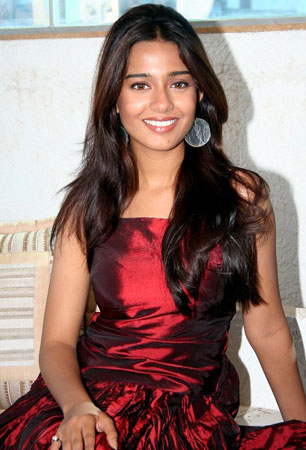 Actress Amrita Rao says the concept of visibility for an actor has changed, courtesy social media and talent management firms, as compared to the time she made her Bollywood debut in 2002.

“Before the era of social media and PR machinery that we are seeing these days, an actor’s popularity and celebrity status was a byproduct of his or her talent. When I entered the industry as a teenager and appeared in films like ‘Ishq Vishk’, ‘Masti’, and ‘Main Hoon Naa’, people noticed me because of my performance, although a film like ‘Main Hoon Na’ has superstars like Shah Rukh Khan and Sushmita Sen. These days, actors are becoming popular also because of their presence on social media. I think for an actor, being remembered for a character and film is more important,” Amrita told IANS.

‘Yes, I clearly remember that because I had a mixed feeling’

She continued: “There is nothing wrong with becoming a popular celebrity on social media, just that there is a huge change that has happened. I entered the industry during the transition period. Earlier, it was important to have talent and as an artiste, we used to sharpen our skills. Now there is something called talent management! In a way, it is a good cultural change that lets artistes feel more secure with job opportunity,” explained the actress.

Can Amrita recall the moment she felt recognised in the pre-social media era?

“Yes, I clearly remember that because I had a mixed feeling. Whenever I recall it, it brings a smile on my face. All of us were entering the venue, and the photographers were there, on the occasion of the success party of ‘Main Hoon Naa’. There was a group of college students standing out there who saw me and calling out my name as ‘Sanjana Sanjana…!’ I was so young back then that I didn’t know how to react, I smiled, put a palm on my face because I was feeling shy! In my head, it was like ‘what just happen? This meant they really watched my film and recognised me!!’ It was an over-the-moon feeling of a youngster!” she giggled.