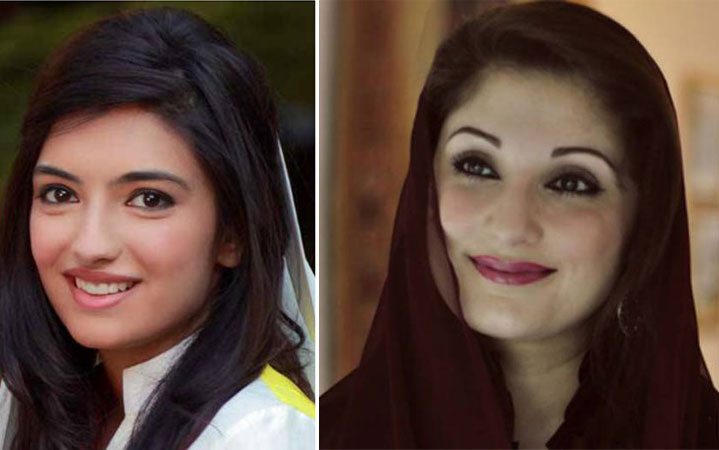 Daughter of late prime minister Benazir Bhutto, Aseefa Bhutto Zardari in her maiden political address on Monday said the people of the country have decided that the “selected government” should be sent packing.

Addressing the Pakistan Democratic Movement (PDM) rally, Aseefa said, “”I pay tribute to all the party workers and activists who despite all hurdles created by the selected government have gathered in large numbers here.”

She said she came to Multan on behalf of his brother and party chairman Bilawal Bhutto Zardari, who went into isolation after contracting coronavirus last week. “If our workers are arrested then our women leaders are ready to face all challenges.” She said that they are not afraid of arrests and vowed that she would stand alongside the party activists in testing times.

The daughter of former President Asif Zardari said even if Bilawal is arrested then women activists of the party would lead the movement from the front. While paying a tribute to the martyrs of the PPP on the foundation day of the party, Aseefa said, “I hope that you will support Bilawal in a similar manner as you have supported Dukhtar-e-Mashriq [Benazir Bhutto].” She vowed to fulfil the mission of Zulfikar Ali Bhutto and dream of Benazir Bhutto.

Addressing the public gathering under the banner of the Pakistan Democratic Movement (PDM) in Multan, Maryam Nawaz thanked the people for “transforming the entire city into a rally venue.”

Greeting Aseefa Bhutto Zardari, Maryam Nawaz when the country faces a threat, then its daughters and mothers come out to save it. On the occasion, she extended her congratulations to the Pakistan Peoples Party on its foundation day.

She lashed out at the government for creating hurdles to stop the public meeting and arresting their activists across the country. The PML-N leader also criticised the government over its “failure in controlling inflation.”

Maryam said the Sharif family has been going through difficult times recently. “But Nawaz Sharif told me to leave your worries at home and only think about the issues being faced by the masses.”

Commenting on PML-N supremo Nawaz Sharif’s decision of not attending her mother’s funeral in Pakistan, Maryam maintained that elected representatives of the country have always endured such difficulties. “Nawaz was not playing county cricket in London that he did not come to attend the funeral,” she remarked, implying that the “difficult decision” was taken due to some compulsions.

Maryam said the government was using Covid-19 as an excuse to muzzle the opposition parties’ movement. “If Covid-18 [Imran Khan’s government] goes home then Covid-19 will also vanish,” she said, claiming that the incumbent government is a bigger threat than coronavirus which she said has destroyed the country’s economy and people’s livelihood.

Maryam quoted several examples of “corruption scandals” against Prime Minister Imran Khan’s government including the PTI foreign funding case, Billion Tree Tsunami project and several others, saying that “despite all this they say he [Imran Khan] is honest.”

“Who is behind the recent campaign in favour of Israel in Pakistan?” Maryam questioned, adding that people of the country want to know whether PM Imran and his “selectors” are also on the same page over the issue of normalising ties with Tel Aviv.

JUI-F leader and PDM chief Maulana Fazlur Rehman in his opening remarks lauded the workers and supporters of PDM parties for attending the rally. “He [PM Imran] is visiting cantonments and ISI headquarters to pretend that he is safe [from being ousted] but you are not safe,” he remarked.

Fazl said his party will also stage protest demonstrations to condemn the arrest of opposition party workers by the PTI-led government.

The JUI-F chief also urged his party workers to attend the PDM’s Lahore rally on December 13 in large numbers, which will be the final face-off between the government and opposition before a likely march towards capital Islamabad.

Fazl claimed only his one press conference compelled the government to allow opposition parties to hold their rally in Multan. “They [PTI government] had said they won’t let the rally be held at any cost but now you can see for yourself.”