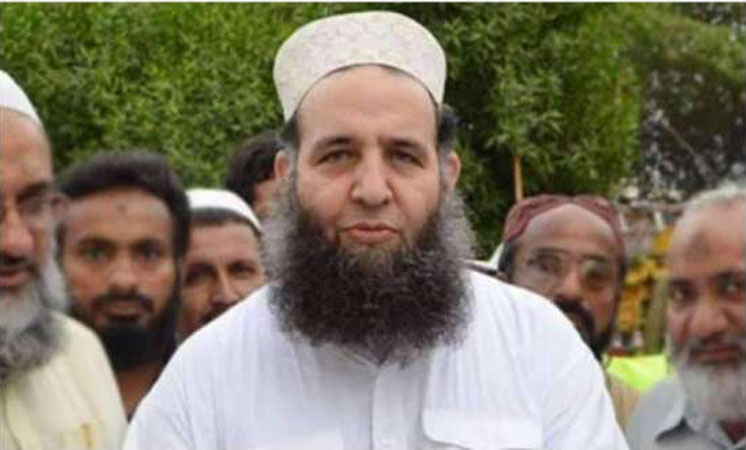 Federal Minister for Religious Affairs and Interfaith Harmony, Noor-ul-Haq Qadri has said that Pakistan is the safest country for all minorities, including Sikh community, to live in tranquility.

Addressing a ceremony held in connection with the 551st birth anniversary of founder of Sikh religion Baba Guru Nanak Dev Ji in Nanka Sahib on Monday, Noor-ul-Haq Qadri said that followers of all religions are equal citizens of Pakistan.

Qadri said that opening of Kartarpur Corridor is a gift from the government of Pakistan to Sikh community. He said all religions of the world have spread the message of love, peace, harmony, brotherhood and tolerance among the masses.

Meanwhile, the festivities of the 551st birth anniversary of Baba Guru Nanak came to its climax on Monday, the last day of the celebrations.

Sikh pilgrims from Pakistan, India and other parts of the world attended the birth anniversary of Guru Nanak Dev Ji.

The main ceremony began today with the morning hymns followed by Kathas and Kirtan in the praise of the Guru. Later a special community lunch was held followed by night prayer sessions at Gurdwara.

Every year, more than 2,000 Sikhs come to Pakistan to participate in the birth anniversary celebrations of Guru Nanak Dev. However, the number has reduced this year due to the Covid-19 pandemic. The pilgrims will return back to India via the Wagah border crossing on December 1st at the end of their pilgrimage.

In a statement, he said that Pakistan opened the corridor on the 550th birth anniversary of Baba Guru Nanak as a gift to the Sikh community but India has closed it. Sardar Janam Singh said the United Nations must ensure implementation of the agreement reached on the corridor.

He said that Darbar Sahib Kartarpur has been developed according to its status and all sacred places of Sikhs like Darbar Sahib Nankana Sahib, Darbar Sahib Panja Sahib have not only been beautified but also improved to their original status.

Pakistan has rich Sikh heritage and culture with several holy places of the religion in the country.