Kavaan’s journey will be documented as Smithsonian short, says Cher

After her few days stay in Islamabad, Cher has now reached Cambodia where she will meet the world's loneliest elephant 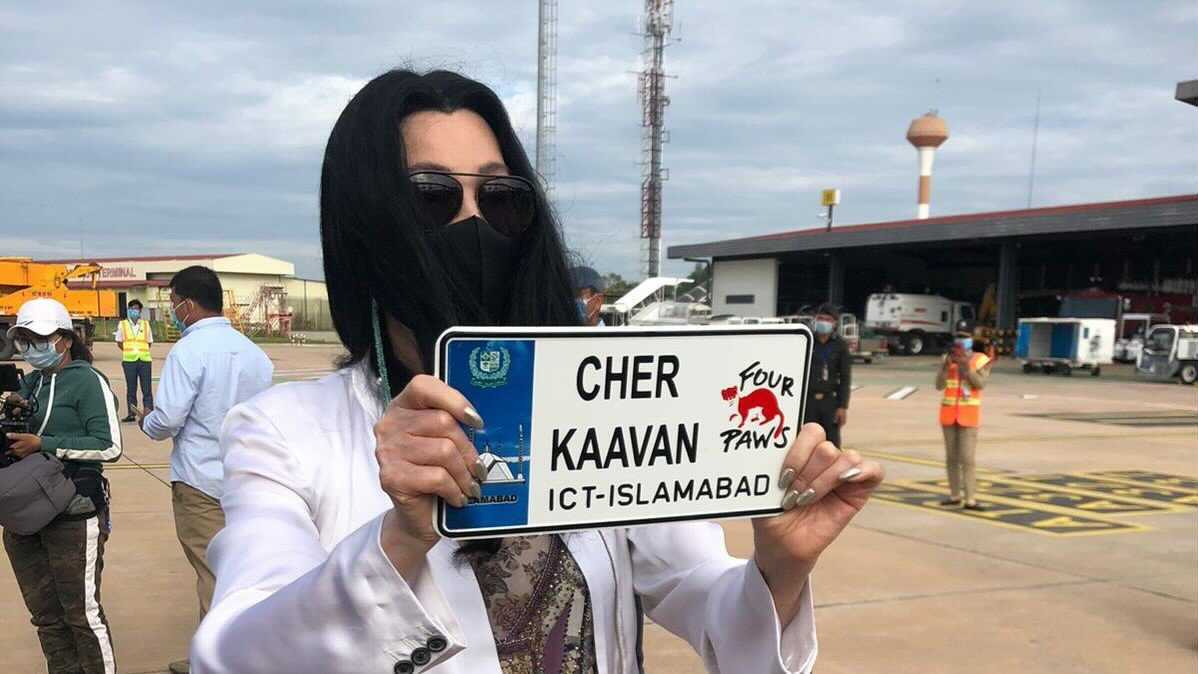 ISLAMABAD: American Singer Cher has been filming a documentary with the Smithsonian Channel covering the rescue, which is being facilitated by her animal welfare organisation Free the Wild.

“I found out about Kaavan from the people on my Twitter,” said Cher, according to a statement from the Smithsonian Channel. “I thought how can I fix this? How can I save an elephant who’s been shackled to a shed for 17 years and who is a thousand miles away? This is Free The Wild’s first big rescue and I am so proud.”

A team of animal experts began the task on Sunday of airlifting Pakistan’s lonely elephant Kaavan on the long journey to his new home at a sanctuary in northwestern Cambodia, marking the culmination of years of campaigning by the American singer.

Cher, who has written songs calling for Kaavan to be rescued from his grim and lonely conditions at Islamabad Zoo, is due to meet the elephant upon its arrival in Cambodia after she spent the last few days with him in Islamabad.

On Sunday morning, dozens of wildlife workers and experts led by animal rescue organisation Four Paws used a winch and rope to pull the sedated elephant into a custom-designed crate in which he will be transported to the Cambodian city of Siem Reap.

“It is an emotional day for all of us,” said Four Paws vet Amir Khalil. “But we also call it ‘D-day’.”

Weighing more than 10 tons, the crate was then lifted by crane out of the enclosure and onto a truck. Later a military convoy will escort Kaavan to Islamabad’s airport from where he will embark on a roughly 10-hour flight to Cambodia in the early hours of Monday morning on a former Russian cargo plane.

Kaavan’s handlers are taking more than 200 kilograms of food including bananas and melons for him to munch on during the journey, according to Four Paws.