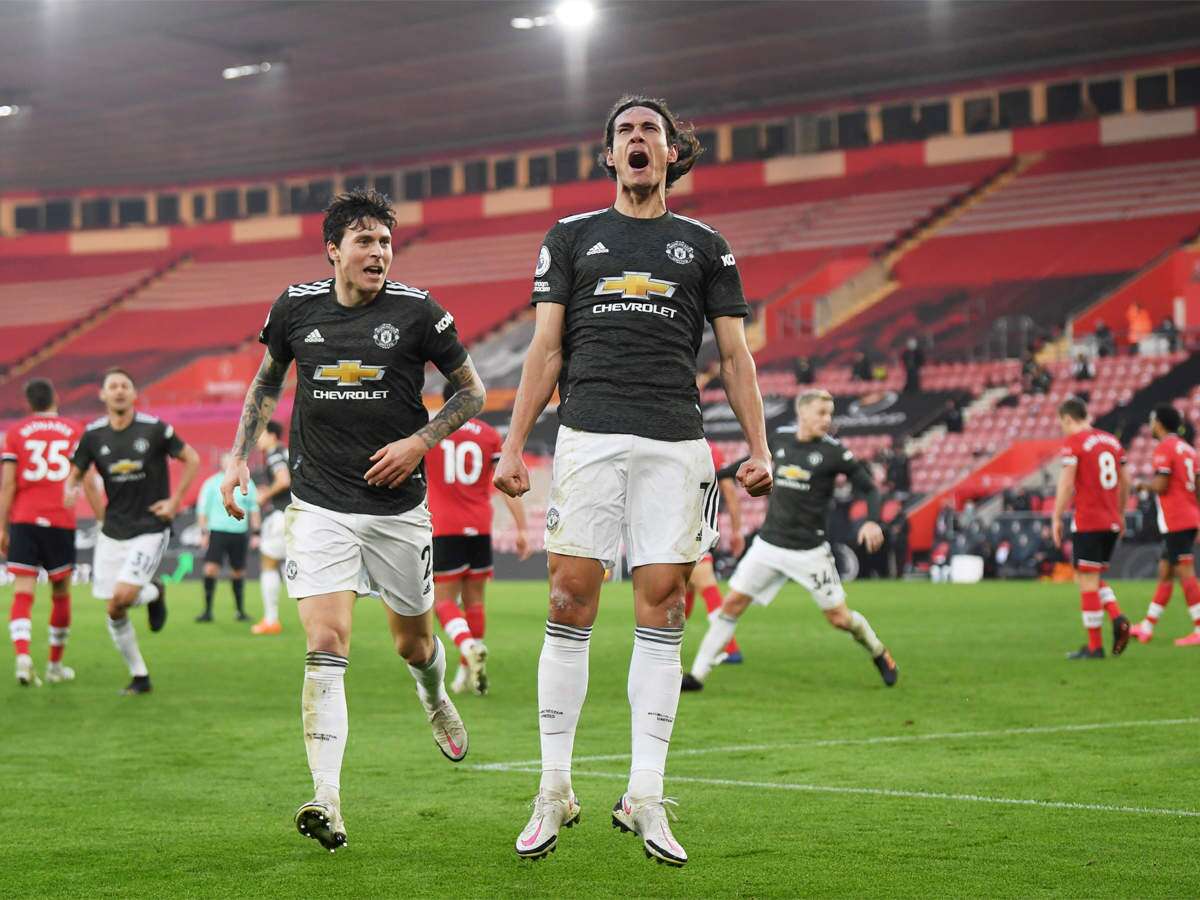 SOUTHAMPTON: There were raised eyebrows when Manchester United signed 33-year-old Uruguayan striker Edinson Cavani on transfer deadline day in October, with some calling it an act of desperation.

A match-winning display on Sunday in a dramatic 3-2 victory at Southampton further silenced the doubters though with Cavani’s signing beginning to look like an astute piece of business.

His movement and vision as he inspired United to recover from a two-goal deficit showed how he netted 200 goals for Paris St Germain before moving to Old Trafford on a free transfer.

After laying on Bruno Fernandes’s goal with a pinpoint pass, Cavani scored with two opportunist headers to earn United a club-record eighth successive away league victory.

He had replaced 19-year-old Mason Greenwood at halftime and, with Marcus Rashford also relatively young, Cavani, with his clever movement, offers United a different threat as a highly-mobile focal point in an attack blessed with pace but lacking guile.

“His movement is excellent in the box,” Maguire said. “It’s the best I’ve played (against) during training. He is on the move constantly. We know what he has got and can bring to this club. It’s important he kicks on now because he’s a top, top player.”

Manager Ole Gunnar Solskjaer praised Cavani’s professionalism, even if the Uruguayan did arrive late on the pitch for the second half while he sorted out his boots.

“He’s got all the attributes of a top-class footballer and a human being,” Solskjaer said. “He’s had a great career, scored goals wherever, he’s meticulous with preparation and recovery, meal times, before and in the match.

“I was surprised he didn’t have his boots ready when the second half started. We know he is one of the cleverest and best movers in the box. He certainly had an impact today.”

Solskjaer said Cavani had filled the gap left by the sale of Romelu Lukaku to Inter Milan last year.

“To have a focal point in the box… we’ve not really had that since Romelu left. It gives us a great balance and a mix,” Solskjaer said. “His best friend in the box is — as Sir Alex (Ferguson) used to say — space. He gets into that space with perfect timing.”

There were other positives for United, who came from behind to win an away league game for the fourth time in succession, not least a first league start for Donny van de Beek.

The Dutch central midfielder was impressive as United controlled large portions of the game.

“It was a fantastic comeback and to win it at the end was brilliant,” Solskjaer said. “It’s a tradition of this club. It’s something this team is getting better and better at as well.”