Pakistan Democratic Movement (PDM) has vowed to hold its rally in Multan today at all costs despite being denied permission by the government. 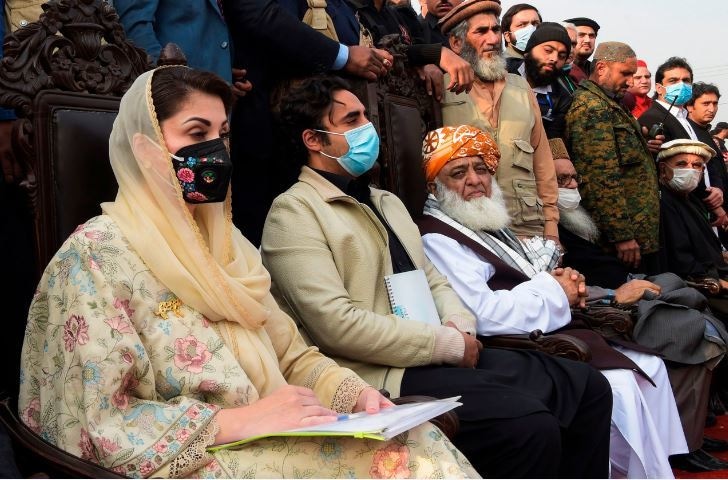 A showdown is expected between the government and opposition as they head towards the Qasim Bagh Stadium in Multan where authorities have taken control, deployed containers and sealed the gates.

The Pakistan Democratic Movement (PDM) chief, Maulana Fazlur Rehman, and other opposition leaders, however, vowed on Sunday to go ahead with their plans of a public meeting at any cost.

Addressing a crowded press conference at Jamia Qasimul Aloom after a crucial PDM meeting in Multan, the Maulana said the government was resorting to state terrorism in the form of mass arrests, police raids and snatching the right to freedom of movement from the opposition parties.

However, PDM convener Maulana Fazlur Rehman, accompanied by former premier and PPP leader Yousuf Raza Gilani and Pakistan Muslim League-Nawaz leader Rana Sanaullah, at a press conference appealed to his workers to reach Qasim Bagh by removing all obstacles and said if they were baton-charged, they were allowed to use batons to make their way. He also warned the authorities that if the Multan rally was not allowed, protests would be held in every district headquarters on coming Friday and Sunday.

A day earlier, enthusiastic workers of the PPP stormed into the stadium in order to set the stage and make arrangements for the opposition’s rally after removing the barriers placed around the venue by the police.

PPP chairman Bilawal Bhutto Zardari will address the public via video link since he tested positive for coronavirus. His sister, Aseefa Bhutto-Zardari, will address the crowd live in front of the venue.