Indias old economy should be open to new ideas

There is a perpetual tussle between the old and the new. Perhaps nothing exemplifies this better than the tensions between the old economy and the new economy. A large share of the billions of dollars of foreign investments into India are now linked to the new economy. The new economy in turn is one that benefits from the freer movement of capital that has been enabled through a gradual opening up of our domestic market. And this capital is ruthless. It is attracted by productivity and efficiency, and not the populist impulses of our political class. Conversely, the old economy does seem to care about social equity – insofar as at least giving back through entrenched political patronage. A number of fallacies persist in the manner in which the old is pitted against the new – and recent debates on Uber versus traditional taxi operators illustrate this.

Perhaps the biggest fallacy is that there are no common traits between old and new economy businesses. Of course, both aim to maximise profit, albeit through different means. Old economy businesses rely on high barriers to entry, which in the case of traditional taxi services are achieved through manipulation of the political economy. Anyone attempting to use community parking spots in Delhi for instance, would quickly realise that taxi stand operators have managed to appropriate space in a number of them, by paying ‘rent’ to the local officials. No doubt the cost of this rent is lower than that which would have to be paid if this were a formal levy.

On the other hand, new economy businesses such as Uber, rely on the sheer efficiency of technology to minimise costs. A nifty mobile application matches demand and supply in the taxi market, through an interactive experience that both the driver and the rider can use. There should be no mistaking the fact that the objective of any technology that is applied commercially is to create a monopoly of some form. And this is enabled through intellectual property laws that are widely recognised as essential for innovation, with some governments also complicit in perpetuating this virtuous cycle. Indeed, old and new economy businesses have different ways to achieve the same objective of achieving some form of monopoly in a product or a service value chain. And it remains incumbent on the government to regulate monopoly formation through appropriate regulatory mechanisms – whether for the old or for the new.

Another fallacy worth pointing out is that foreign capital is very different from domestic capital in its ruthlessness. The first quarter of the 2016-17 fiscal year has already witnessed the highest capital raise through initial public offerings (IPOs) in India in nine years. While the sum is a relatively paltry Rs. 5,855 crores (less than a billion dollars), capital allocation patterns are illustrative of this fallacy. Three out the six of the companies that participated in these IPOs were previously funded through private equity or venture capital investments, which are in turn intrinsically linked to capital availability in the global markets. Distinguishing between foreign and domestic capital, at some level or the other, is a fool’s game. If India has chosen not to remain isolated from global markets, it is incumbent upon policymakers to make capital available for domestic enterprise to flourish.

So how can policymakers resolve this regulatory debate? One would imagine that a first step would be to reduce entry barriers, including licenses wherever possible, in order to foster competition. This should include doing what it takes to increase access to capital as well as removal of arbitrary pre-conditions at every step. Instead, state governments are busy figuring out how entry barriers to technologically-enabled businesses can be made higher. Karnataka for instance, has issued “On-demand Transportation Technology Aggregators Rules, 2016”; wherein one of pre-conditions is that licensees should have a minimum of 100 taxis in their fleet. This is perhaps not the best way to ‘Start-Up India’.

An alternative could be to first revisit and reconcile existing regulations and to focus on institutional capacity building within government while finding ways to enforce transparency. It is neither the moral responsibility of the private sector to think beyond its stakeholders, nor is it the task of governments to save the old economy from disruptions. It is however necessary for technology-driven businesses to be transparent given their inherent complexities; and in turn for governments to manage inevitable transitions from old to new by through some useful form of ‘co-regulation’ that empowers consumers.

The ability of government or for that matter, the judiciary, to regulate dynamic sectors is limited – most recently evidenced in the call-drop case wherein the judgement states that telecom operators should not be penalised for bad quality of service since the faults cannot be “traceable exclusively” to them. Consumer experiences can easily prove otherwise and therefore should be used as a metric within the regulatory paradigm. 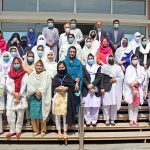