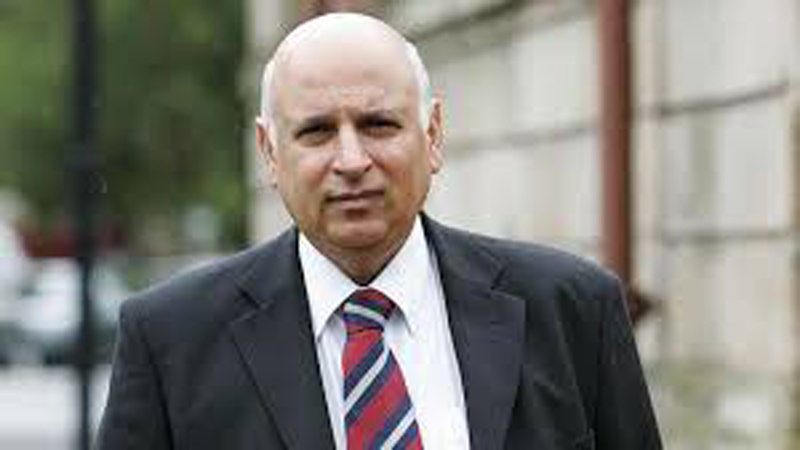 A couple of days ago the Embassy of Pakistan, Washington DC hosted the second episode of its Webcast Series on tourism called ‘Sikh Yatra through Pakistan – A virtual event.’

Governor Punjab Chaudhry Muhammad Sarwar in his key note address highlighted the tourism potential in Pakistan in general and religious tourism pertaining to Sikhs Yatras in Pakistan in particular. The governor informed the participants regarding the efforts of the government to promote interfaith harmony. He apprised the international Sikh community of the efforts and initiatives taken by Prime Minister Imran Khan’s government to ease the visa facilities. He further added that our aim is to facilitate the Sikh pilgrims coming from all over the world for performing their religious rites by building infrastructure so they have an easy access to their place of worship and to provide them with hotels that are equipped with modern amenities for a comfortable stay.

Begum Parveen Sarwar, spouse of the Governor Punjab, also participated in the discussion and invited the international Sikh community especially from the United States to visit Pakistan. She added that a tree plantation drive has been initiated in Kartarpur to commemorate the legacy of Baba Guru Nanak.

Ambassador Dr. Asad Majeed Khan in his opening remarks emphasised that this webcast event is a part of series initiated with an endeavour to highlight tourism potential for US citizens. He further highlighted that the beauty and diversity of the land and the generosity of people defines Pakistan.

Ms. Harbir Kaur Bhatia, a technologist by profession and an active Sikh civic entrepreneur, shared how she has been building bridges across Pakistan through Sikh heritage.

Dr. Dalvir Singh Pannu during his presentation highlighted the 270 Sikh heritage sights throughout Pakistan, all the way from the mountainous terrain of Khyber Pakhtunkhwa to the deserts of Balochistan. These have been documented in his book ‘The Sikh Heritage: Beyond Borders.’ The webinar was widely attended by important stakeholders from the US tourism sector including Sikh Diaspora as well as tour operators, travel agents, influencers and travel journalists.