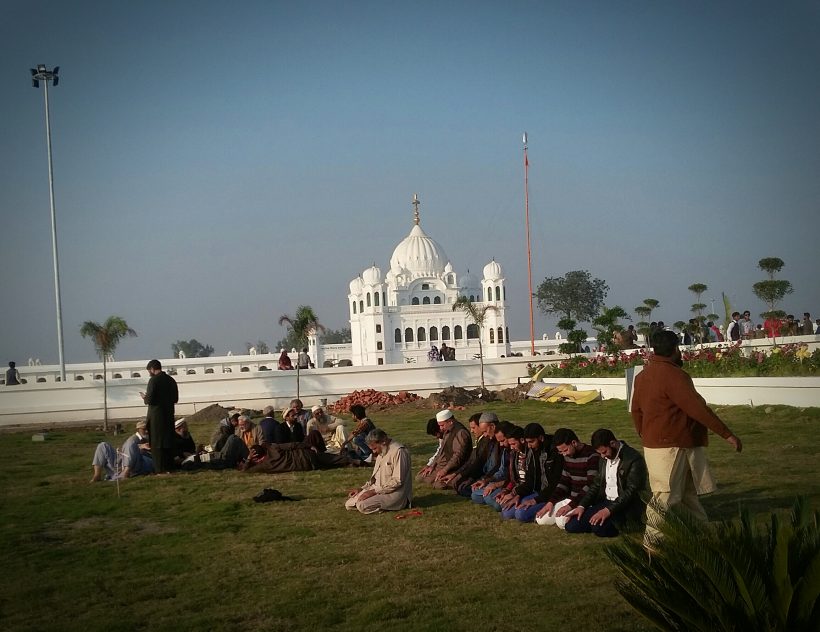 The three-day celebrations of the 551st birth anniversary of Baba Guru Nanak began on Sunday in Nankana Sahib amid strict security measures.

Over 600 Sikh pilgrims have arrived from India through the Wagah border to participate in the celebrations. The main ceremony of the celebration will be held at Gurdwara Janamasthan in Nankana Sahib on Monday (today), which will end after the Nagar Kirtan procession followed by the Bhog ritual at night.

Guru Nanak, the founder of Sikhism and the first of the ten Sikh Gurus writes in the Guru Granth Sahib, central religious scripture of Sikhism– Even emperors and kings having heaps of wealth and expanded dominion cannot make a comparison with an ant who is filled with the love of God.

Nanakism is a revolutionary movement which refuses the plethora of empty rituals, superstitions and hypocrisies in an exceedingly human society, which is holding the people in a tight grip with the authority of an orthodox religiosity.

The most famous teachings’ crux, attributed to the Guru Nanak is that there is just only one God, and that all human beings can direct approach or access to God with no need of rituals or priests.

His most radical social teachings denounced the class structure including caste system (particularly prevailing in Hindu society) and taught that everyone is equal on earth, regardless of any caste or gender.

According to various traditions, Baba Nanak was inspired by a unique and powerful spiritual experience that awarded him with a vision of the true nature of God.

Adopting various spiritual meditations Baba Guru Nanak concluded the idea that the way to find spiritual growth was only through thinking power, and through living in a virtuous way that reflects the feelings of presence of the divine within each human being on earth.

Guru Naka Jayanti (birth celebrations) fall on the full moon day of the Kartik month of the lunisolar (Hindu) calendar, which falls around in November, according to the western calendar.

This year, the 551st birth anniversary celebrations of the Guru Nanak Sahib would be celebrated from November 28 to November 30, at Nankana Sahib, Evacuee Trust Property Board official sources said.

The Birthday of Guru Nanak Sahib falls on Kartik Puranmashi (the full moon day) begins two days earlier than the actual date. It is obligatory that on the first day of the celebrations, Sikhs read their holy book – the Guru Granth Sahib, from beginning to end.

To commemorate and pay homage to their spiritual leader, a large number of Sikh pilgrims, every year from India and from different parts of the world, reach and gather at the Gurdwara Janam Asthan Nankana Sahib, which is the birth place of Guru Nanak, in Pakistan.

However, this year the COVID-19 pandemic is likely to affect festivities with a reduced number of the Sikh pilgrims.

Noted educationist and Sikh activist in Pakistan Professor Kalyan Singh told APP that on the day of the birthday celebrations, the pilgrims and followers perform the ritual Gurupurav with ‘Prabhat Pheri’, which begins with an early morning procession.

Throughout the day, the devotees chant and sing hymns, a special prayer called ‘Rehrasi’ and is organised at sunset, he said.

Kalyan Singh informed APP that the day prior to the birthday, a procession, referred to as ‘Nagarkirtan’ is organized, which is led by the Panj Pyaras (Five Beloved Ones).