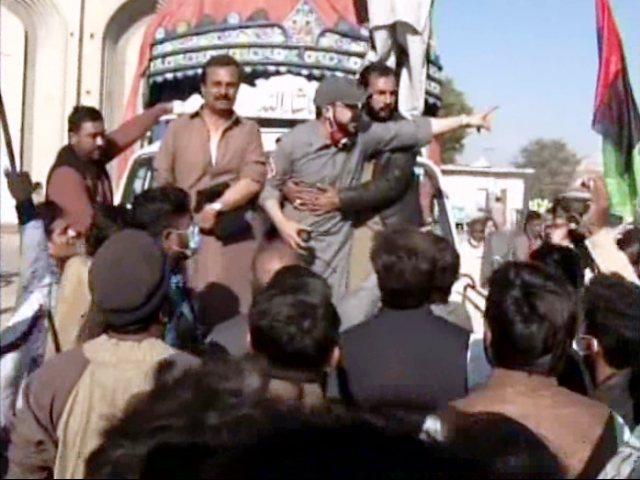 MULTAN: At least 25 activists of the Pakistan Democratic Movement, including Pakistan Peoples Party’s Ali Qasim Gilani, were arrested on Sunday after clashes broke out again between the Punjab Police and the opposition alliance’s workers ahead of its Multan rally.

Police in Multan filed a case against PPP workers after they broke through security barriers and stormed into Multan’s Qila Qasim Bagh on Saturday ahead of a Pakistan Democratic Movement (PDM) rally scheduled to take place there on Monday.

The PPP group to charge at the venue was led by sons of Yousuf Raza Gilani.

PPP chairman Bilawal Bhutto-Zardari has warned the government to desist from carrying out a crackdown against PPP workers in Multan and other parts of Punjab “otherwise there will be protests in every nook and corner of the country”, according to a statement by the party.

The Multan meeting scheduled for November 30, which coincides with the PPP founding day anniversary, is the fifth PDM show and is expected to be addressed by Aseefa Bhutto-Zardari as well.