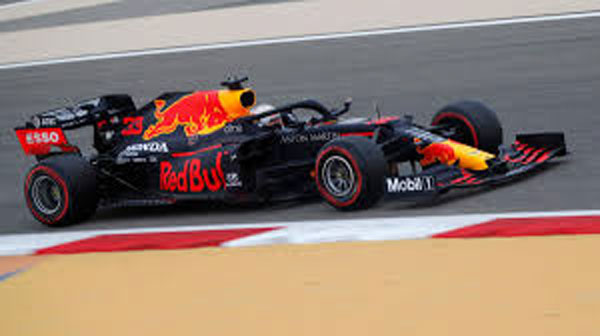 MANAMA: Max Verstappen set the pace in Saturday’s final practice session for the Bahrain Formula One Grand Prix, denying seven-time world champion Lewis Hamilton a clean sweep in Sakhir. The Dutchman lapped the 5.4-kilometre desert track in one minute, 28.355 seconds, beating his Mercedes rival by 0.263 seconds. Hamilton, who topped both of Friday’s practice sessions, aborted his final flying lap after a minor error in its early stages. Valtteri Bottas in the other Mercedes was third, 0.366 seconds off the pace. Alexander Albon, running a new chassis after a heavy crash in Friday’s second practice session, put in a strong display to go fourth for Red Bull. Carlos Sainz was fifth for McLaren ahead of AlphaTauri’s Pierre Gasly and team mate Lando Norris. Russian Daniil Kvyat in the other AlphaTauri was eighth.

Racing Point pair Lance Stroll and Sergio Perez rounded out the top 10. Ferrari, dominant in Bahrain last year, once again ended up outside the top 10. Sebastian Vettel, who has more pole positions and wins in Bahrain than any other driver, was 13th with team mate Leclerc 15th. Saturday’s final session of practice, which took place in overcast conditions, was largely uneventful, especially after Friday’s evenings 90 minutes of running were interrupted by Albon’s crash and a stray dog. Hamilton caused a moment of drama when he appeared to have stalled his car at the pit lane exit in the dying seconds of the session, but his team said the Briton had in fact stopped as the clock had run down.

Sunday’s race in Bahrain marks the start of a floodlit Middle Eastern triple-header that wraps up Formula One’s coronavirus-shortened 17-race season. A second race, the Sakhir Grand Prix, follows at the same venue but around the shorter outer circuit next weekend, before the finale at Abu Dhabi’s Yas Marina. Winning all three would see Hamilton, who equalled Michael Schumacher’s record haul of seven titles at the last race in Turkey, celebrate his most successful season in Formula One yet. It would also make him only the third driver to win 13 races in a year, after Schumacher and Vettel.