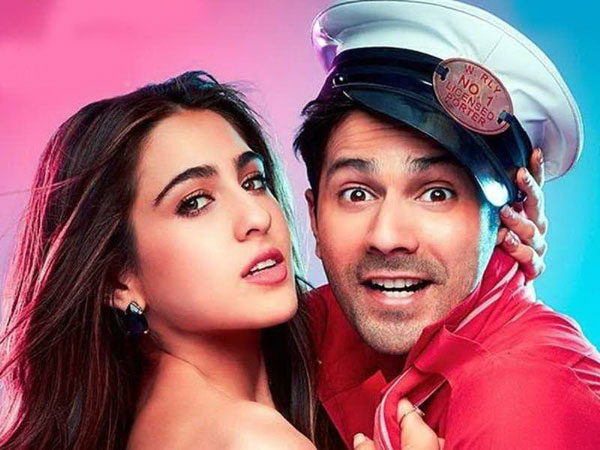 The much-awaited trailer of Varun Dhawan and Sara Ali Khan starrer ‘Coolie No. 1’ just dropped and it looks like a laughter riot.

In a live event, the trailer was launched and released online on Amazon Prime Video’s YouTube and Facebook pages.

Sara and Varun who will be reprising the roles of Karisma Kapoor and Govinda from the 1995 hit comedy of the same name, attended the event alongside Paresh Rawal to release the trailer. This is filmmaker David Dhawan’s 45th movie. He helmed the original as well.

In the movie, Paresh Rawal in search of India’s richest groom for his daughter Sara Ali Khan finds Varun Dhawan, who cons him into believing that he is a wealthy prospect. This is the first time when Sara and Varun have been paired opposite each other. It seems the duo has made real efforts to match the original chemistry of Govinda and Karisma.

Answering the questions of the fans posed virtually, Sara revealed how she and Varun have become friends, while earlier she used to be his huge fan. Keeping in mind the COVID-19 pandemic, the actors also promoted social distancing, wearing masks and frequent sanitization of hands.

The movie is slated to premiere on Amazon Prime Video on Christmas – December 25, 2020.