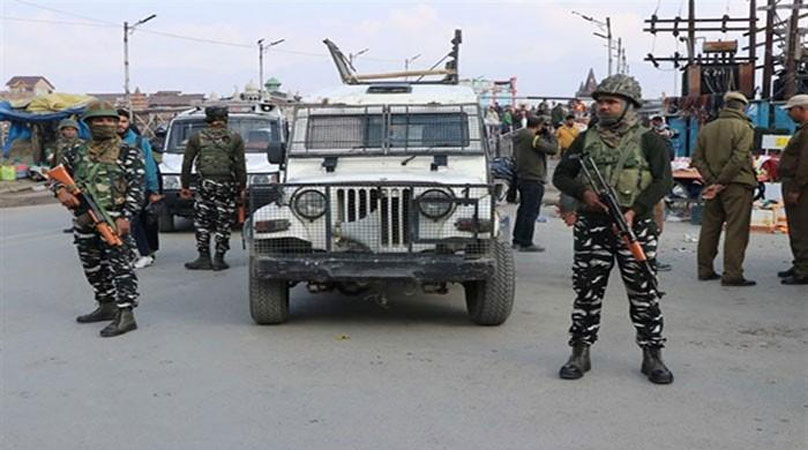 Voters in Indian Illegally Occupied Jammu and Kashmir went to the polls on Saturday amid a heavy security presence in the first direct elections in the occupied region since the government stripped its special status last year.

Dozens of police and paramilitaries carrying machine guns surrounded each voting station while the army kept up street patrols. Observers said only small numbers braved the security, coronavirus fears and snow-covered terrain to elect members of their local councils. Voting is to be held over eight days up to December 19 with the count to start three days later.

At a polling booth in the Kashmir valley, Faizi, 70, said she had voted ‘to facilitate development work, like paving the roads’.

Thermal scanners were set up at polling booths and staff handed out facemasks and hand sanitiser as precautions against the coronavirus.

While the local councils have only limited powers, several Kashmir political parties, including the influential National Conference and Peoples Democratic Party have formed an alliance to campaign for the restoration of the region’s political autonomy.

The alliance has accused the government of harassing its candidates while helping those from the BJP.

A day before polling, Indian authorities restricted PDP leader Mehbooba Mufti to her home and police stopped reporters from attending a press conference she called. Mufti was among scores of political leaders held under house arrest for months after the clampdown.

Kashmiri groups have been fighting Indian forces since 1989 in an uprising that has left thousands martyred. They have urged the international community including the United Nations to take notice of India’s atrocities on unarmed Kashmiris and put pressure on New Delhi to resolve Kashmir dispute through the UN resolutions so that a permanent peace could be established in the region.