Pakistan a special partner at CAEXPO in China for the first time: report 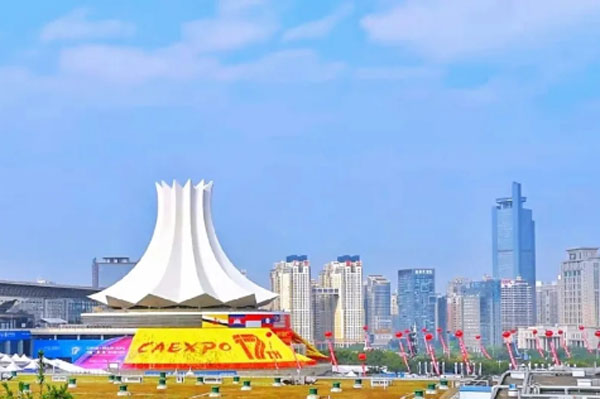 Pakistan acts as a special partner country with many Pakistani products and enterprises showcased for the first time at the 17th China-ASEAN Expo (CAEXPO) held in Nanning, Guangxi province of China.

According to a report carried by Gwadar Pro on Saturday, Pakistan’s full-spectrum participation includes a dedicated country pavilion, extra booths for enterprises and special trade and investment events to highlight opportunities for China and ASEAN countries in Pakistan.

The Pakistan Pavilion displays major export and cultural items as well as print and audio-visual material on tourist attractions of Pakistan. In addition to the Pavilion, Pakistani enterprises in China have set up a large number of stalls to promote their brands and products. They would take orders on the spot for products such as wooden, brass and stone handicrafts, onyx, gem-stones, leather items and jewelry.

Besides, a special Trade and Investment Promotion Conference will be held by Trade Development Authority of Pakistan (TDAP) and it would highlight the potential of diversified trade with China and ASEAN and the opportunities of mutually beneficial investments, particularly in Special Economic Zones under CPEC. As a longstanding friend of China with close ties to ASEAN countries, Pakistan’s first-time participation in the three-day 2020 CAEXPO would underscore the country’s sustained efforts at regional economic integration and results-oriented cooperation.

The CAEXPO is co-sponsored by the Ministry of Commerce of China and its counterparts in the ten ASEAN member states as well as the ASEAN Secretariat, and is organized by the government of Guangxi Zhuang Autonomous Region.

Meanwhile, Moin ul Haque, Pakistani ambassador visited CAEXPO and met the Pakistani exhibitors. Later, in an interview to Gwadar Pro, Haque said that “Pakistan is very delighted and honored to be invited as a special partner of CAEXPO. “We’re given this very unique opportunity to participate in this event,” he said.

Haque believed that CAEXPO has contributed to expanding trade relationships between China and ASEAN countries. He said, “ASEAN is China’s largest trading partner. The Chin-ASEAN block represents about 2 billion markets and more than $70 trillion GDP.” He also pointed out that “China Pakistan economic corridor (CPEC) is a pioneering project and the most successful project of BRI. And most of the ASEAN countries are also part of it. Haque said he’s glad to see that there are so many enterprises present despite COVID-19. “We hope that we will participate again, and as a special country next year. Additionally, also, we hope to have more Pakistani companies and enterprises participating in this event,” he added.