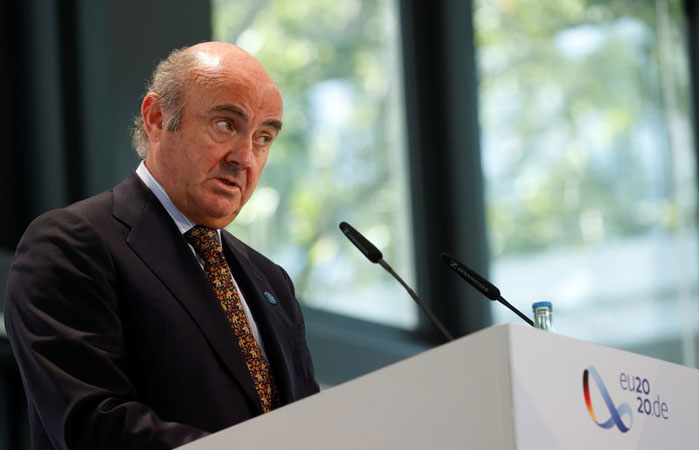 The European Central Bank expects prices in the eurozone to keep falling this year and rebound more slowly in 2021 than it previously thought even as the prospect of a coronavirus vaccine boosts the growth outlook, ECB vice president Luis de Guindos said in an interview published on Saturday.

The ECB is due to unveil its new projections on Dec 10, along with a new stimulus package. De Guindos’ comments suggest a cut to the inflation forecast for this year, next year and possibly even 2022 is on the cards.

“Inflation will be negative until the end of the year and we expect that it will turn positive next year,” de Guindos told Finnish newspaper Helsingin Sanomat. “All in all, we expect inflation to be close to 1% in 2021 and to see it moving up towards 1.2% or 1.3% in 2022.”

Christine Lagarde’s deputy also confirmed consensus expectations for a contraction in the eurozone economy this quarter but said the prospect of a vaccine against the novel coronavirus meant the outlook further out appeared brighter.

“Negative quarter-on-quarter growth is now the most realistic scenario for the end of the year,” de Guindos said.

“But the medium-term outlook – mainly because of the ray of hope brought by news of the vaccine – looks brighter.”