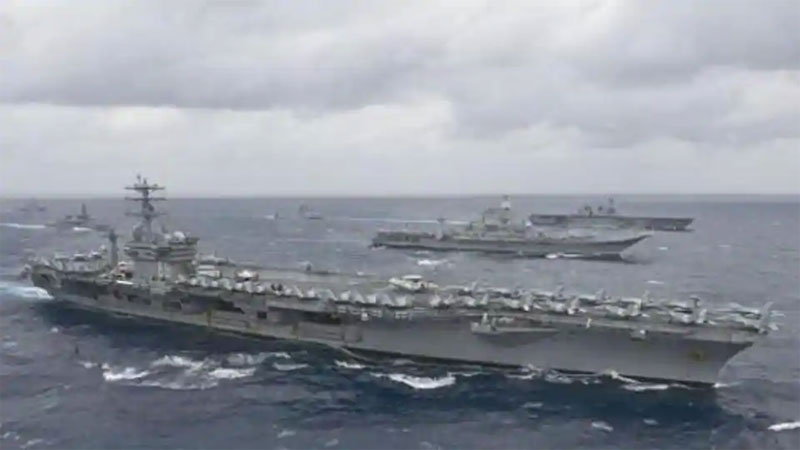 US aircraft carrier USS Nimitz was deployed to the Gulf this week, days before the killing of Iran’s top nuclear scientist, although the US Navy said on Saturday the deployment was not related to any specific threat. “There were no specific threats that triggered the return of the Nimitz Carrier Strike Group,” Commander Rebecca Rebarich, spokeswoman for the US Navy’s Bahrain-based Fifth Fleet, said in an emailed statement after the carrier deployed on Wednesday. Mohsen Fakhrizadeh, the Iranian scientist suspected by the West of masterminding a secret nuclear bomb programme, was killed in an ambush near Tehran on Friday, threatening to provoke a new confrontation between Iran and its foes in the last weeks of Donald Trump’s presidency. Rebarich said the redeployment was related to a US drawdown in Iraq and Afghanistan. “This action ensures we have sufficient capability available to respond to any threat and to deter any adversary from acting against our troops during the force reduction,” she said.