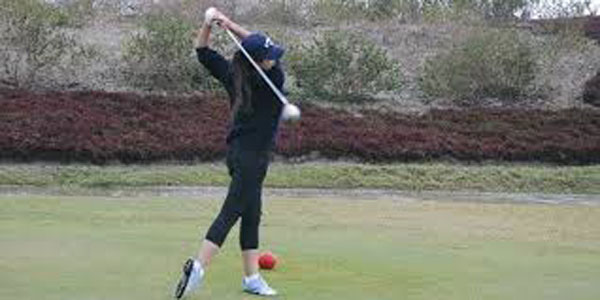 LAHORE: The three days trials to select a three-member boys team and a two-member girls team for participation in the Nick Faldo Golf Championship –– to be held in Vietnam in March 2021 –– started at the alluring PAF Skyview Golf Course here on Friday. From the angle of selection, the best performing boy in the under-16 years age category will have the honour of representing the country while another one will be the from the 18 years age group. And the third boy will be from the under-21 competing batch. As for girls, the finest one out of the under-16 age category will travel to Vietnam and the second one will be from the under-21 categorization. At the end of the first day in the three days trials session, the two players who stood out overall irrespective of the age category were Suneya Osama (under-21 girl) and Damil Ataullah (under-18 boy). Both of these top performers are from Lahore Garrison Golf Club. Heartening news for the girls category contenders was that Suneya Osama came up with the best round of the day, her score of gross 73 making her look robust and potent and far superior than the male hopefuls. Certainly, this young female of immense talent held herself well in the tough playing conditions. Her drives were on target and equally precise and perfect were her fairway shots.
In the race for selection in the under-16 group, Omar Khalid of Karachi Golf Club certainly brought glad tidings for himself and his intent and yearning parents as he showed intensity in application of golfing skills and stood rewarded with a steady looking score of gross 77. In the age category of under-18, top one Damil Ataullah had a score of gross 74, an effort that reflected hard work and principled application of golfing skills. Another talented one Mikayl Majid of Defence Raya Golf Club was placed one stroke behind him at gross 75. The participants’ positions in the age category of under-21 were Osama Nadeem (IBEX Sargodha) at 75 and Nouman Ilyas (Garrison Club) at 79. Suneya was leading the under-21 group in a commanding way with a score of 73. The other girl immediately behind her was Parkha Ijaz (Defence Raya) at 77. Humna Amjad (PAF Skyview) was the best one in the under-16 category.