Sonya Hussyn speaks up about her idea of ‘love’ 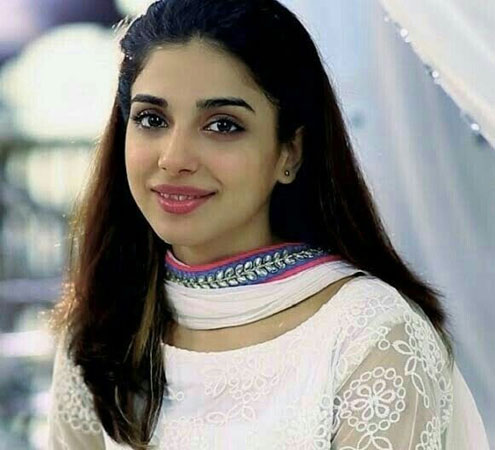 Sonya Hussyn may be the lovelorn heroine in many a TV serial, but the Meri Guriya star isn’t so keen on love in real life.

Talking to ace designer-cum-actor Hassan Sheheryar Yasin on an Instagram Live session, Hussyn shared her philosophy about mohabbat (love), saying she doesn’t believe in unconditional love in relationships. In fact, she believes that people almost always want something from you.

She even went as far as to say that even when a person talks to you, they do so because they need something from you. “Nobody talks to someone just because,” she said, adding that she did not mean to be rude and that is just how life is.

“We are all social animals and we all are connected by needs. We shouldn’t be falsely giving it the name of love.”

According to the 29-year-old actor, “the only unconditional love is that between a parent and their child.”

Hussyn also shared that for her, love is a “very deep feeling” and she believes that it is always “one-sided”.

“People think it’s love when they go like ‘I give him so much time, but he doesn’t even reply. I gave him so many presents, but he didn’t give me a ring’. That is not love. But I also feel that it’s necessary for people to go through love in their own ways to understand how temporary all of it is,” she said.

When asked whether her heart had ever been broken, Hussyn laughed, saying, “I used to think that my heart has been broken but then I realised, why should I expect anyone to hold my heart anyway?” She went on to reiterate that love is only when you feel you don’t need anything from the person to love them.

“We start believing in love if the other person tells us that they’ll bring us the moon and the stars. But no, it’s love when you don’t need any of that from them and still love them.”

The Aisi Hai Tanhai actor also explained how false standards for love are what’s ruining the concept of it. “We are setting benchmarks for love as we do for beauty; ‘they shouldn’t say anything wrong to me, they can’t look at anyone else but me, they can’t go anywhere without me, etc.’ Why are you expecting so much? You’re doing wrong with yourself, not anyone else,”