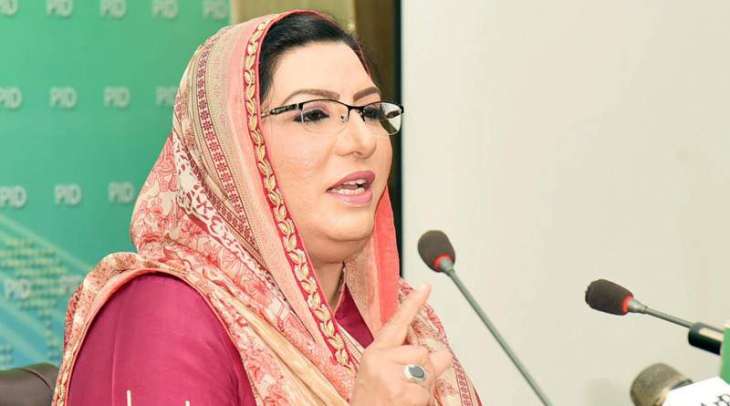 Slamming the opposition party Pakistan Muslim League-Nawaz (PML-N), Special Assistant to Punjab CM on Information Dr Firdous Ashiq Awan has said that the party is trying to create a wrong impression of political victimisation by the government. Addressing a press conference in the provincial capital on Friday, Dr Firdous Ashiq Awan said that release of PML-N leaders Shehbaz Sharif and Hamza Shehbaz on a five-day parole to participate in the last rites of Begum Shamim Akhter is a good will gesture of the Punjab Chief Minister Usman Buzdar. She said that those who are chanting hollow slogans had emptied the national exchequer in the past and such corrupt elements cannot hoodwink the nation any more as their incompetency and corrupt faces have been exposed to the public. She said that the alliance of opposition parties is only to safeguard their personal interests and looted money, and they have nothing to do with people’s problems. “The nefarious narrative of the opposition has been rejected by the people. The lust for power has blinded the opposition,” she alleged. She said that the PTI government will fulfil its promise of strengthening the institutions and Prime Minister Imran Khan is moving forward with the mission to hold the supremacy of law. She said that the PTI government is making every possible effort to end the hereditary politics and the day is not far away when the people of Pakistan will be free from political slavery.