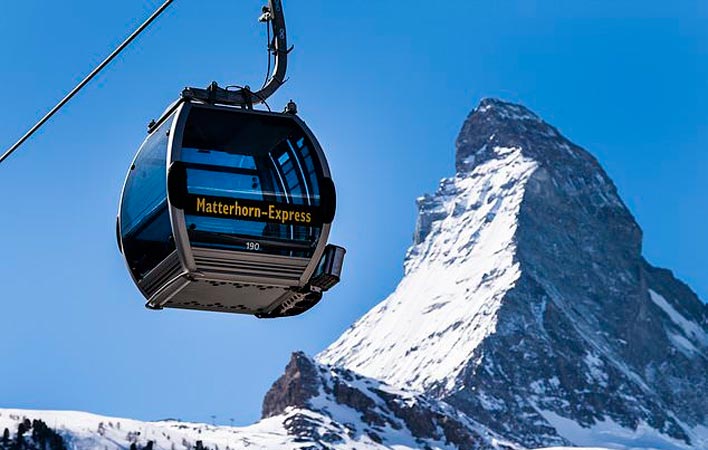 Though the first real snow has yet to fall across much of Europe, ski buffs are imagining with dread a once-unthinkable scene: Skiing in Zermatt in Switzerland while lifts idle across the border in Italy’s Aosta valley. The leaders of Italy and France are resisting pressure to reopen ski resorts before Christmas, pushing for European coordination so their industries don´t suffer during the pandemic while others flourish. But the Alpine countries of Switzerland and Austria could well be spoilers.

Ski resorts were one of the major sources of contagion in the deadly spring surge of COVID-19.

So far, restrictions to slow the curve of infections have kept lifts closed in Italy, France, Germany and Austria, as well as countries further east. But skiers are already heading to mountains in Switzerland, drawing an envious gaze from ski industry and local officials in mountain regions elsewhere on the continent who lost most of last season due to the virus. They are warning of irreversible economic damage if they are not permitted to open this season.

Both Italian Premier Giuseppe Conte and French President Emmanuel Macron said this week that pre-Christmas openings are unthinkable. While such skiing luminaries as world and Olympic champion Alberto Tomba argue that it is an individual sport conducted in the open air, the leaders point to the risks of contagion in crowded lift lines and lodges, as well as closed cable cars. Top health officials in Italy appeared aghast when they were asked at a briefing Tuesday about the prospects for opening ski season, minutes after they had just reported a resurgence-high 853 deaths in a 24-hour period.

“I admit I have a difficult time inside commenting on arguments relating to ski areas and what will happen at Christmas, thinking about these numbers,´´ said Dr. Franco Locatelli, head of Italy´s national scientific council.

French mountain industry representatives met with the French prime minister Monday to press to be able to reopen, but apparently their pleas weren´t heard.

“It seems impossible to me to imagine a reopening for the holidays, and much more preferable to favor reopening in January, in good conditions,´´ Macron said as he laid out plans Tuesday night for a gradual easing of the current lockdown.

Plans for reopening also remain on ice in the eastern countries of Poland, Slovenia, Slovakia and the Czech Republic – although Serbia is prepping for the winter season in full swing, as if COVID-19 did not exist, counting on both domestic and foreign visitors.