NCOCThe total active Covid-19 cases in Pakistan on Thursday were recorded at 43,963 as 3,306 more people tested positive for the deadly virus during the last 24 hours.

Forty coronavirus patients, 37 of whom were under treatment in hospitals and three out of hospitals, died, according to the latest update issued by the National Command and Operation Centre (NCOC). No Covid-affected person was on ventilator in Azad Jammu and Kashmir (AJK), Gilgit Baltistan (GB) and Balochistan, while 284 ventilators were occupied elsewhere in Pakistan, out of 1,767 allocated for Covid-19 patients.

A total of 5,343,702 corona tests have been conducted so far, while 613 hospitals are equipped with COVID facilities. Some 2,485 corona patients were admitted in hospitals across the country.

Sindh reported 1,402 new Covid-19 cases and 19 deaths over the past 24 hours, Chief Minister Murad Ali Shah said. The total number of confirmed cases in the province, according to the Sindh government, is now 168,783. The death toll stands at 2,885. Additionally, 749 patients were reported to have recovered from the virus over the past day.

Punjab has reported another spike in Covid-19 cases, confirming 720 infections in the last 24 hours. The province’s caseload has risen to 116,506. It also marks the first time since July 10 that the province has reported more than 700 daily infections. It has confirmed 19 more fatalities in the last 24 hours as well, taking the death toll to 2,923 – the highest in Pakistan.

Khyber Pakhtunkhwa has reported 514 cases in the last 24 hours, marking the second time this week the province reported more than 500 daily infections. The provincial tally has risen to 45,828. KP also reported five Covid-19 fatalities, taking the provincial death toll to 1,344.

Meanwhile, Balochistan confirmed 51 fresh infections and one more death. The province’s total cases stand at 16,942 while the number of fatalities has risen to 165.

Pakistan has recorded 1,418 recoveries from coronavirus, according to the government’s Covid-19 portal, which has taken the country’s total to 334,392. 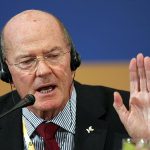