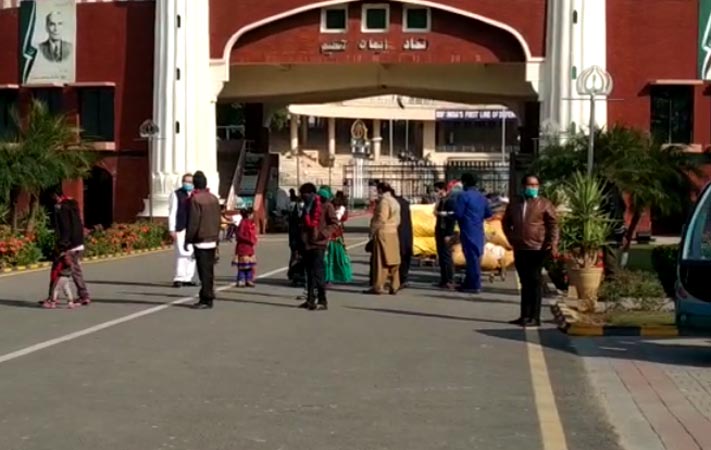 Another batch of Pakistanis including large number of Hindu families, who had moved to India looking for a better life there, returned to Pakistan through Attari-Wagah border after being disappointed by the worse living conditions in India.

The High Commission said in close coordination with Ministry of Foreign Affairs and other concerned authorities in Islamabad, including Ministry of Interior, Pakistan High Commission will continue to extend all possible assistance to the remaining Pakistanis in India seeking to return home as Attari-Wagah border was closed for regular movements due to coronavirus.

Since 20 March 2020, Pakistan High Commission has facilitated travel of more than 1100 Pakistanis.

The returning Hindu Pakistanis told the media at the “Bab-e-Azadi that they were promised that they would have earn a better livelihood and would have better prospects for their families, however what they witnessed was far from the promises made to them.

One of the returning Hindu elder said they were promised that they would get a visa, however there was no such thing and waited for three months. Later the people who had brought them to India also discarded them.

“The deplorable conditions forces us to leave, as what we had in Pakistan was far better than what we were getting,” Shiv Dhan said.

When asked the promises by the Narendra Modi government of providing nationality and facilities to Hindus from all over the world who settle in India, he termed it all farce. “It is not for Pakistani Hindus.”

Shiv Dhan said throughout their stay in India they witnessed abject poverty, terrible living and economic conditions and equally worse treatment by the Indian government. “We are glad to be back and would advise all my Hindu families not to even think of migrating to India. Pakistan offers much more and much better in reality, as compared to what they offer in mere promises.” They expressed satisfaction over returning to their ‘own country’ and said they were feeling very much relieved and safe.