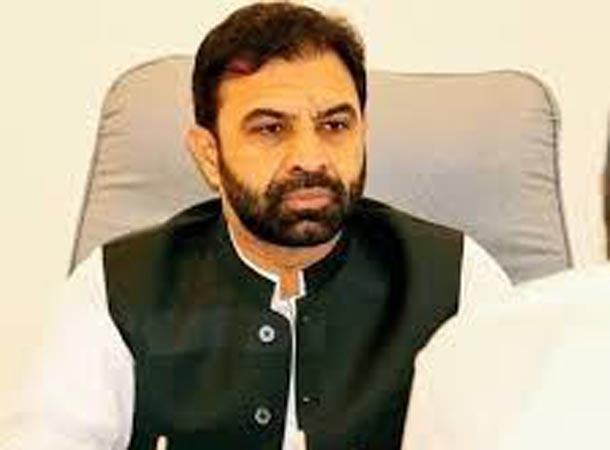 Advisor to the CM Khyber Pakhtunkhwa on Information Technology, Zia Ullah Bangash has said that the KP government is committed to taking all necessary actions and accelerate efforts to end all forms of gender-based violence (GBV) in the province.

Bangash along with members of Women Parliamentary Caucus KP (WPC-KP) on Thursday unveiled the code of conduct for protection of women against harassment at workplace displayed at the provincial assembly to express commitment for fighting harassment and violence against women.

The 16 Days of Activism against GBV is a global campaign that takes place each year from 25th of November, the International Day for the Elimination of Violence against Women, to 10th of December, International Human Rights Day, indicating that violence against women is the most pervasive violation of human rights worldwide.

Given the current Covid-19 pandemic situation, this year’s theme for the 16 Days of Activism against GBV is “Fund, Respond, Prevent, Collect!” that calls for global actions to bridge funding gaps, ensure essential services for survivors of violence during the Covid-19 crisis, focus on prevention, and collection of data that can improve life-saving services for women and girls.

During the event, WPC-KP also presented a resolution to the Speaker Khyber Pakhtunkhwa Assembly for re-emphasizing the importance and need for collaborative efforts to deal with the issue of violence against women and girls in the province.

“This gesture of displaying the Code of Conduct in the Provincial Assembly sends out a strong message that our legislators are committed to ensure compliance of laws against harassment and deal with this issue at all levels,” said Rukhshanda Naz, Ombudsperson KP, while underlining government’s commitment for ensuring the implementation of the Protection against Harassment of Women at Workplace Act, 2010.

Zainab Qaisar Khan, Head of Provincial Office UN Women, in her remarks said that the 16 Days Campaign has been used as an organized strategy for raising awareness about gender-based violence as a human rights issue at the local, national, regional and international levels. She thanked the parliamentarians and government partners for reiterating their commitment to tackle the issue of GBV head-on and advancing gender equality in the province. “UN Women stands committed to work with all partners to achieve this goal and contribute to the sustainable development agenda,” she remarked.