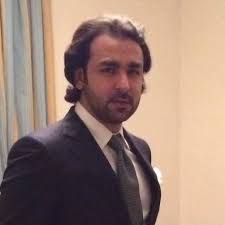 Gillani, son of former premier Yousuf Raza Gillani, was arrested following a rally ahead of the upcoming PDM jalsa.

The Multan Police, in a statement, said a case was registered against Ali Musa Gilani for holding a rally today despite the ban. “We have nominated 30 leaders of the PPP and the PML-N in the FIR,” they added, noting that at least 50 other unidentified political workers were booked as well.

Opposition is planning a public gathering in the city on November 30. But the district administration has twice denied permission to hold rallies citing coronavirus measures.

Prior to the arrest, PPP leader Yousaf Raza Gilani led a rally here from Nawan Shehr ahead of the Pakistan Democratic Movement’s (PDM) upcoming jalsa, where his son, Ali Musa, had torn apart a copy of a first information report (FIR) terming it “bogus”.

The rally — from Multan’s Nawan Shehr to Ghanta Ghar Chowk — was led by the PPP in preparation for the PDM’s jalsa meeting on November 30.

Multan’s deputy commissioner, Amir Khattak, said the district administration had not allowed the PPP to hold a rally. Consequently, heavy contingents of police were deployed on all roads leading to the city’s Nawan Shehr.

Both DC Khattak and Multan’s Capital City Police Officer (CCPO) Muhammad Hassan Raza Khan were there at the site as well.

Moreover, there were severe traffic jams on the roads towards Nawan Shehr, with blockages reported on Chowk Dera Ada, Kalma Chowk, Tariq Road, and Abdali Road.

Former prime minister Gillani’s son Kasim also talked about the rally on Twitter before sharing a copy of the FIR in another post.

“The Punjab government has registered a bogus FIR based on false and ridiculous charges Abdul Qadir Gilani, myself and [PPP/PDM],” he said.

The three sons of the former prime minister, including Musa and Kasim, reached the Lohari Gate police station after a case was filed against them a day earlier and offered the authorities to arrest them on the spot.