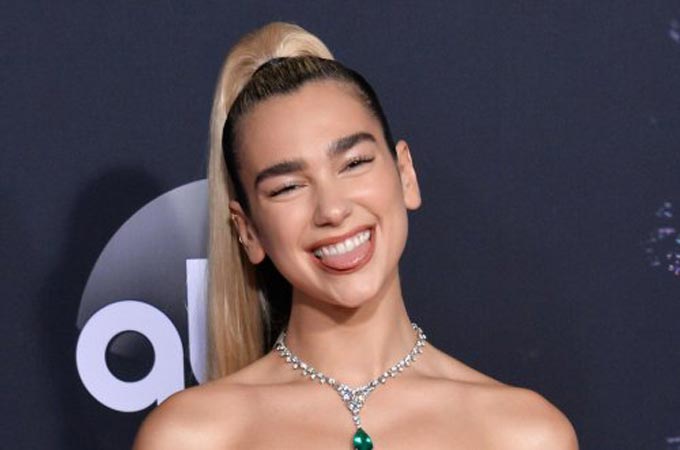 Beyoncé, Taylor Swift and Dua Lipa lead the nominations for the 2021 Grammy Awards. Beyoncé leads the field, with nine nominations overall, including four for Black Parade, a protest anthem released at the height of the Black Lives Matter protests this summer. Swift, with six nods, could win album of the year for a record-breaking third time with her lockdown album Folklore. Dua Lipa also picked up six nominations for the disco-tinged Future Nostalgia. The British star, who was named best new artist by the Grammys two years ago, was also on hand to read out some of the nominees – including best children’s album and best historical album – in an online livestream. Rapper Roddy Ricch tied with Swift and Lipa on six nominations, the majority of which recognised his hit single The Box, which spent 11 weeks at number one earlier this year. However, there was disappointment for R&B star The Weeknd, who was completely shut out, despite having the biggest-selling album of 2020 in the US with After Hours. The star, who is due to perform at the Super Bowl half-time show in February, had been expected to dominate the main categories, after picking up multiple awards at both the MTV VMAs and American Music Awards this year. There was better news for Billie Eilish, who picked up multiple nominations for her single Everything I Wanted, as well as her Bond theme No Time To Die. The 18-year-old made history earlier this year by becoming the first female artist to win all four of the Grammys main categories – best new artist, song of the year, record of the year and best album. British nominees included Harry Styles – who picked up his first ever Grammy nominations in the pop genre categories. His previous band, One Direction, were consistently overlooked by the awards despite their international success.

Coldplay were listed in the best album category for their eighth album Everyday Life, while Mercury Prize-winner Michael Kiwanuka was nominated for best rock album and Laura Marling was listed alongside the late Leonard Cohen in the best folk album category. Beyoncé’s nine nominations increased her historic lead as the Grammys’ most-nominated female artist ever. She now has 79 nominations, tying her with Sir Paul McCartney for the second-most nominations of all time.

Ahead of her are Thriller producer Quincy Jones, and her husband Jay-Z, who both have 80. Three of Beyoncé’s nominations came for a guest verse on Savage – the breakout hit by fellow Texan musician Megan Thee Stallion. Megan, whose real name is Megan Pete, also picked up a coveted slot in the best new artist category. “What? Who me? Oh my God!” said the star as the nominations were revealed. Korean band BTS scored their first musical nomination – with the single

Dynamite gaining attention in the best group performance category. And rapper Pop Smoke picked up a posthumous nomination for his hit single Dior. Many of the nominees were far from being household names, with retro rock band Black Pumas and British multi-instrumentalist Jacob Collier listed in the main categories. Collier’s album, Djesse vol 3 also earned the dubious distinction of being the first album of the year nominee not to have earned a place on Billboard’s Top 200 chart.

H.E.R.’s moving ballad I Can’t Breathe, which is up for song of the year. The 84 categories also threw up a few quirks. Alanis Morissette’s Jagged Little Pill – which won best album in 1996 – is now nominated in the best musical theatre album category, thanks to a Broadway show based on the star’s angst-rock classic. Taylor Swift picks up a nomination for Beautiful Ghosts – her song from the critically-panned Cats movie; while Billie Eilish’s No Time To Die is up for an award, despite the James Bond film it accompanies still not having come out. And Kanye West finds himself in the best contemporary Christian music category, thanks to his devotional rap album Jesus Is King, Host announced

These are the first nominations to be announced since the Recording Academy updated its award categories and rules earlier this year.

Amongst the changes, it dropped the term “urban” as a way of describing music of black origin, to ensure the awards were “inclusive and reflect[ed] the current state of the music industry”. The rules on voting were also tightened up following allegations of irregularities by the Academy’s former president, Deborah Dugan. The latest winners will be announced at the 63rd Grammy Awards ceremony on 31 January, 2021. Comedian Trevor Noah will host the show, the Recording Academy announced.

“Despite the fact that I am extremely disappointed that the Grammys have refused to have me sing or be nominated for best pop album, I am thrilled to be hosting this auspicious event,” said The Daily Show presenter, who was previously up for best comedy album at the 2020 ceremony. “I think as a one-time Grammy nominee, I am the best person to provide a shoulder to all the amazing artists who do not win on the night because I too know the pain of not winning the award. “This is a metaphorical shoulder,” he added. “I’m not trying to catch Corona.”