I stayed true to myself: Ayushmann Khurrana 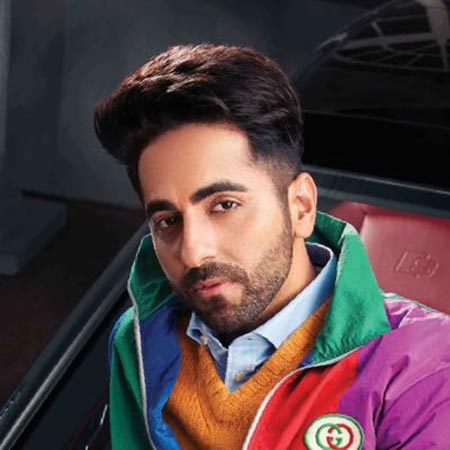 Bollywood actor Ayushmann Khurrana who has etched his name in the history of Indian cinema with progressive, social entertainers, has revealed that his soaring popularity is due to his sticking to his beliefs and the choices he made as an artist.

“I believe what has worked for me is that I decided in swimming against the tide and was totally myself. I stayed true to who I`m in real life while I was at it,” the ‘Shubh Mangal Zyada Saavdhan’ actor said.

“I believed that India was ready to see a different form of entertaining cinema that was real, relatable and taboo-breaking because I was ready to see such cinema and knew of many people who were having the same dialogue with me,” he added.

The ‘Bala’ star said he is fortunate that people have loved his brand of cinema which has hugely contributed to his equity.

“I believed that India wanted to bring out and talk about societal issues openly. I’m fortunate that audiences loved my brand of cinema, engaged and participated with my beliefs. What people perceive my equity to be today, comes from me being unafraid about my choices as a human being. If I wasn`t the man who believed in the things that I have raised my voice for, people would have sensed a disconnect.”

The ‘Badhaai Ho’ star said that his brand of cinema is a mirror image of his personality in real life.

“My films are an extension of my personality, my beliefs, my vision for my country. I think people understand that I want to do my best for society, for my fellow citizens and I don’t want to fail them ever. I definitely think that I’m going through the best phase of my career and I want this phase to continue for a long time,” Khurrana added.

The actor also spoke about the love that he has received by people through his films, and his unique portrayals. He said, “It feels great because I know how much hard work I had to put in to be where I’m today. It is hugely humbling to see people believe in me and have faith in the kind of content that I stand for.”