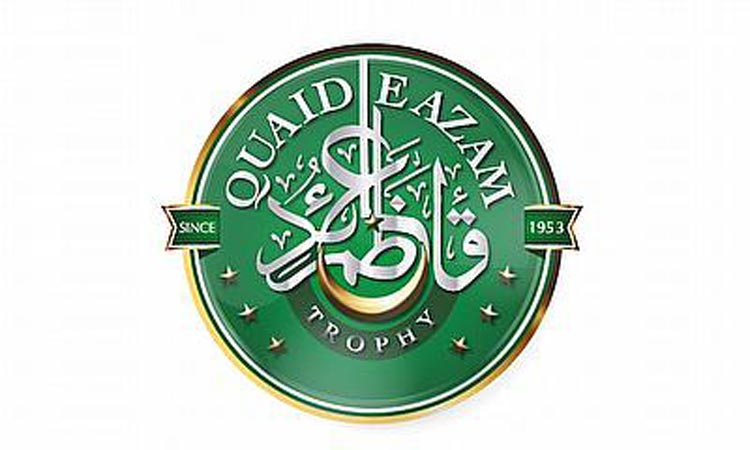 KARACHI: The First-Class Quaid-e-Azam Trophy Tournament continues to produce enthralling red-ball action as the up and coming players, who received promotions in the First XI sides after 34 top players left for New Zealand to represent Pakistan and Pakistan Shaheens, lived up to the expectations and made a mark in the fourth round matches. The competition now enters the fifth round from Thursday (today), which provides further opportunity to the domestic cricketers to make an impression. As part of its corporate social responsibility, the Pakistan Cricket Board will play its part for the eradication of violence against women by joining the White Ribbon campaign. As such, players, support staff, officials and commentators will don white ribbons on the opening day of the fifth round contest at the National Stadium.

Southern Punjab continue to lead the points table after they put up a strong fight against Sindh to secure a draw at the National Stadium thanks to a brilliant rearguard effort led by Saif Badar. Southern Punjab gained nine points from the contest and will be eager to continue their domination in the six-team tournament as they gear up for the first Punjab Derby of the season, to be staged at the UBL Sports Complex. Central Punjab, who will be facing Southern Punjab, are the only side without any win this season. The title defenders are languishing at the bottom of the points table with three losses in four matches. Khyber Pakhtunkhwa jumped two places to the third spot after securing as many as 23 points, following an outstanding win against Central Punjab. The fifth round will run from November 26-29.

Southern Punjab v Central Punjab at UBL Sports Complex: The two Punjab sides, at the opposite ends of the points table, will face off for the first time in the 2020-21 edition of the first-class Quaid-e-Azam Trophy. While Umar Siddiq-led Southern Punjab will be looking to further consolidate their position at the top of the points table, Central Punjab will hope that this fixture brings the much-desired change in their fortunes. Central Punjab’s batting department has failed to live up to the expectations. Their highest run-getter this season has been Azhar Ali, who is currently positioned ninth in the list of the batsmen with most runs with 269 runs in six innings and is in New Zealand with the men’s national team. Their next best batsman has been Mohammad Saad, who with three half-centuries in eight innings has scored 265 runs at an average of just over 33. Usman Salahuddin is the team’s third highest scorer with 231 runs at 28.88 runs per dismissal.

Their bowling charts are led by 22-year-old left-arm orthodox Ahmed Safi Abdullah (18 wickets at 18.17) and pacer Waqas Maqsood (14 wickets at 24.50). The fact that Central Punjab’s all five points from their last match were bowling bonus points provides a boost to their bowling unit, which is further strengthened with the return of Hasan Ali. Southern Punjab’s bowling unit has been spearheaded by 32-year-old Dadu-born Zahid Mehmood who has 25 scalps – including a five-wicket haul – at 20.80 runs per wicket. Zahid is currently third highest-wicket taker in the tournament, a place ahead of Ahmed Safi.

Salman Ali Agha and opener Zain Abbas were amongst the run-getters for Southern Punjab in their fourth round fixture as the two batsmen scored valiant half-centuries besides the fourth innings defiance showed by Saif. Their captain Umar Siddiq will be hoping that the pair display same grit, when they take the field against Central Punjab.

Khyber Pakhtunkhwa v Northern at National Stadium: Following a remarkable five-wicket win over Central Punjab, Khyber Pakhtunkhwa travel to National Stadium to play Northern, who are positioned second on the points table. The fixture serves a great opportunity to the exciting cricketers in both teams to showcase their talent to cricket fans in Pakistan and all over the world as the contest will be broadcast on PTV Sports in the country and beamed across the globe through PCB’s YouTube channel. Sajid Khan, who paved the way for Khyber Pakhtunkhwa’s five-wicket win over Central Punjab in the last round, tops the bowling charts with 32 wickets at an average of 21.09. The 27-year-old off-spinner has three five-wicket hauls from four matches. Northern will be wary of him. Khyber Pakhtunkhwa’s batsmen have also raised their hands when it has mattered the most with Adil Amin scoring the third of his three half-centuries in the previous fixture and captain Khalid Usman contributing a brilliant 92 not out in the first innings following a batting collapse. Adil is currently the sixth highest run-getter in the tournament with 323 runs.

Musadiq Ahmed has been the other notable performer since his promotion from the Second XI side after the third round. The right-handed batsman has scored 173 runs, which includes a half-century, at an average of 43.25. Northern’s all-rounder Hammad Azam has been in-form with the bat as he has smashed a century and four half-centuries in the seven innings he has batted. He averages a staggering 68.33 and has accumulated 410 runs. He is the second best batsman, in terms of runs, in the tournament to date.

Umar Amin, his teammate, is positioned two places beneath him with 340 runs. He scored a century in his most recent outing with the bat to save his side from a certain defeat after they were 62 for four with a 223-run partnership with Mohammad Nawaz, who made 95.The duo laid the foundations of a thrilling finish as the match ended with Northern mere eight runs away from the target. While their captain Nauman Ali will be hoping for the same returns with the bat from the three experienced cricketers, the slow-left arm will be eager to leapfrog Sajid as the highest wicket-taker as the two have a difference of only three wickets between them. Both bowlers have three five-wicket hauls.

Balochistan v Sindh at State Bank Stadium: Balochistan and Sindh will face off at the State Bank Stadium. This will be the first, first-class Quaid-e-Azam Trophy 2020-21 fixture at the venue. Sindh’s batting department received a massive boost as three of their batsmen – captain Asad Shafiq, Omair Bin Yousuf and Sharjeel Khan – recorded centuries, while Saud Shakeel stroked an impressive 70 not out in their last match. That Asad and Sharjeel, who scored a first-class century after a gap of almost seven years, are back in form augurs well for Sindh as it not only promises heaps of runs in the coming rounds, but also takes the pressure from the youngsters, allowing them to express themselves freely. Tabish Khan continues to spearhead Sindh’s bowling attack. The right-arm pacer has 14 wickets from four matches, which includes a five-fer. The young duo of pacer Shahnawaz Dahani and spinner Abrar Ahmed would be aiming to make most of another opportunity after impressing in the match against Southern Punjab.